The beginning of 2023 brought torrential downpours to the West Coast, causing devastating flooding, mudslides, and power outages. Across the country, we’ve watched drought-stricken California, in particular, get slammed with a bomb cyclone that eroded beaches and hillsides, destroyed homes and businesses, and turned roads into rushing rivers. This bomb cyclone was part of a series of ‘atmospheric rivers’ that drenched the state. The situation in California has been dire, with some areas requiring full evacuations due to anticipated flooding risks. Now, California residents are working to rebuild and clean up the mess that the storms left behind. In areas where Surfrider’s Blue Water Task Force volunteers have been able to access local beaches and their water sampling locations safely, they are being met with exhaustive amounts of trash and microplastics, as well as abnormally high levels of bacteria.

Extreme weather events, especially slow moving and large coastal storms, not only cause severe flooding that puts public safety and property at risk, but they also generate large amounts of urban runoff that pollutes our beaches. What’s worse, stormwater can easily overwhelm wastewater infrastructure like septic systems and sewers, causing raw sewage to be discharged into coastal waters. Sewage and polluted runoff can contain bacteria, viruses, and other contaminants that can make people sick. In California, surfers and other coastal users are well acquainted with the “72 hour rule”, which is used to advise people to stay out of the water after it rains. Surfrider recommends that people always heed swim and sewage advisories to protect their health. This will only become more important as our coastal communities continue to experience the impacts of climate change. Research predicts that climate change will cause future atmospheric rivers to become 25% longer, 25% wider, and dump even more water as they pass over land. 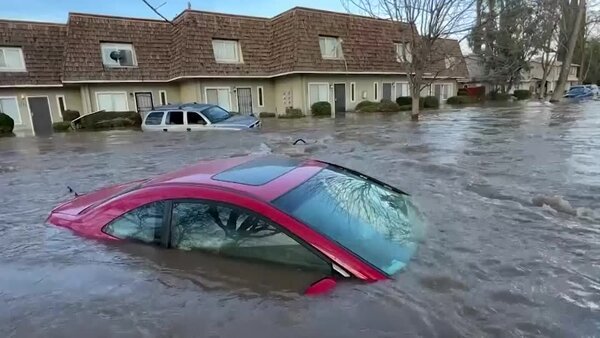 Since the January rains began, many of our chapter-run Blue Water Task Force (BWTF) programs along the central coast of California have measured extremely high bacteria levels in the water, showing evidence of the storm-related pollution events. In San Mateo County, each of the Chapter's six sampling sites measured high bacteria levels that exceed the state health bacteria standard.  Likewise, the San Luis Obispo (SLO) Chapter measured extremely high bacteria levels at nearly every site they tested from Avila Pier to Pismo Beach. On January 5th, Pismo Beach had a bacteria concentration of 1,274 MPN/100mL, which is the highest this site has tested in the last 2 years, and is well above the state water quality criteria of 104 MPN/100mL for safe recreation. Further north, samples collected next to the Avila Pier and in San Luis Obispo Creek were even higher, reaching upwards of 17,000 MPN/100mL. It's not extraordinary or atypical for the SLO Chapter to measure high bacteria levels at many of their sites; however, this storm event resulted in  bacteria concentrations that are higher than any measured by the chapter over the past two years. The Chapter has been actively advising people to avoid entering the ocean for the last two weeks. 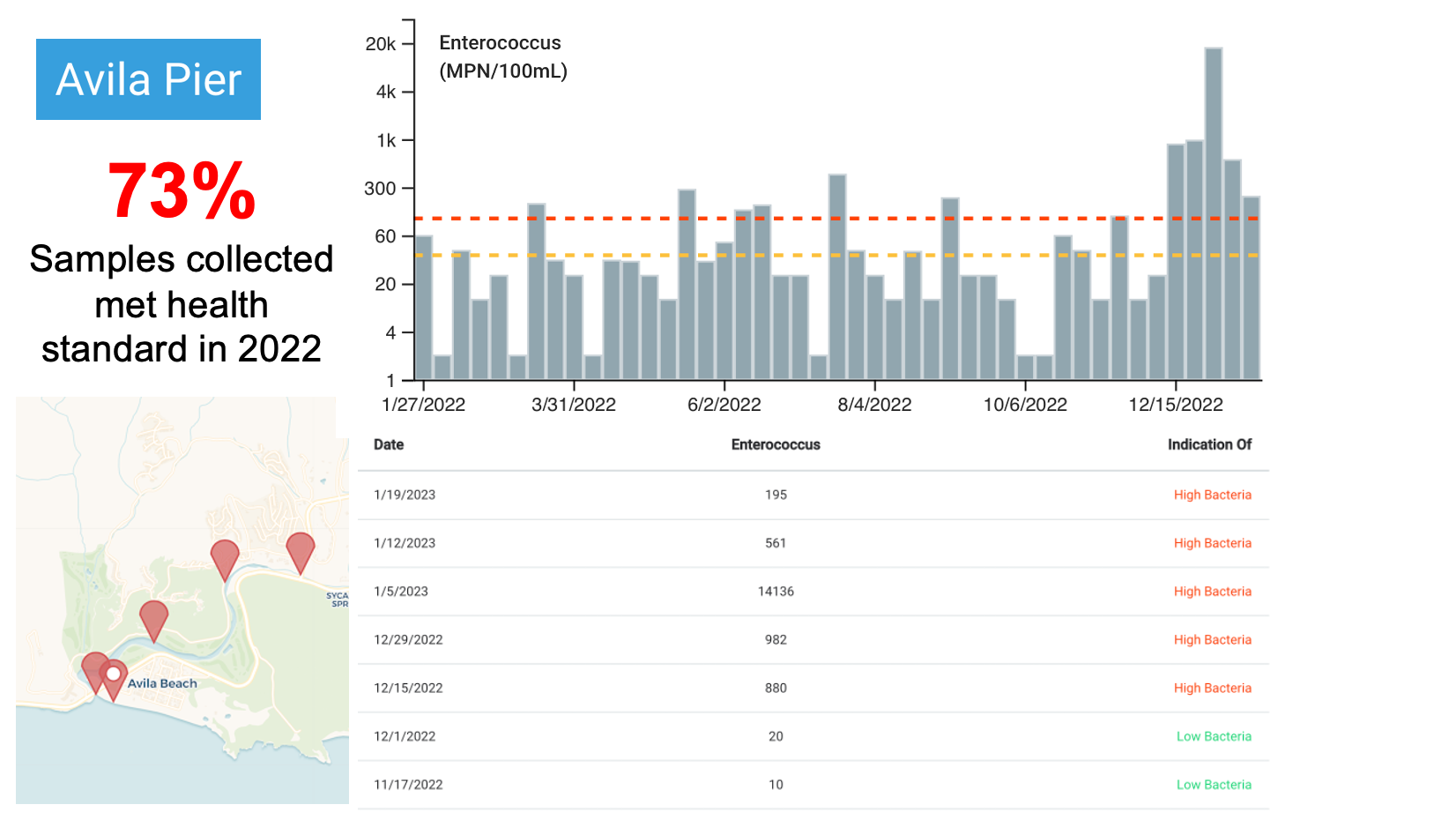 Further south, more CA BWTF programs are encountering high bacteria levels after the storms, as well as closed beaches due to sewage spills. The Isla Vista BWTF, based at UC Santa Barbara, measured bacteria results of 24,190 MPN/100mL on January 13th - which is the maximum amount of bacteria that our tests can detect - for all of their sampling sites. These sites typically test clean, yet this sampling event followed a small sewage spill (approx. 5000 gallons) that occurred on January 9th. These results also preceded another small spill on January 17th that was caused by a line break, resulting in the health authorities closing nearby beaches to protect public health.

Even further down the coast in Ventura County, approximately 14 million gallons of sewage was released into San Antonio Creek and Ventura River between January 9th and 10th. According to Ventura County, heavy rains from the storms overwhelmed the system, damaging the main line and causing sewage to spill out into local waterways. Because of the spill, the local health authority issued beach closures at all beaches north of the Ventura River to Mondos Cove Beach and south of the Ventura River to the Santa Clara River. The Ventura County Chapter has been keeping an eye on the marine debris washing up onto beaches, and plans to organize beach cleanups in response to the storms. Meanwhile, their BWTF data from this week clearly show the impacts of the storm, with many sites measuring high and medium bacteria levels. 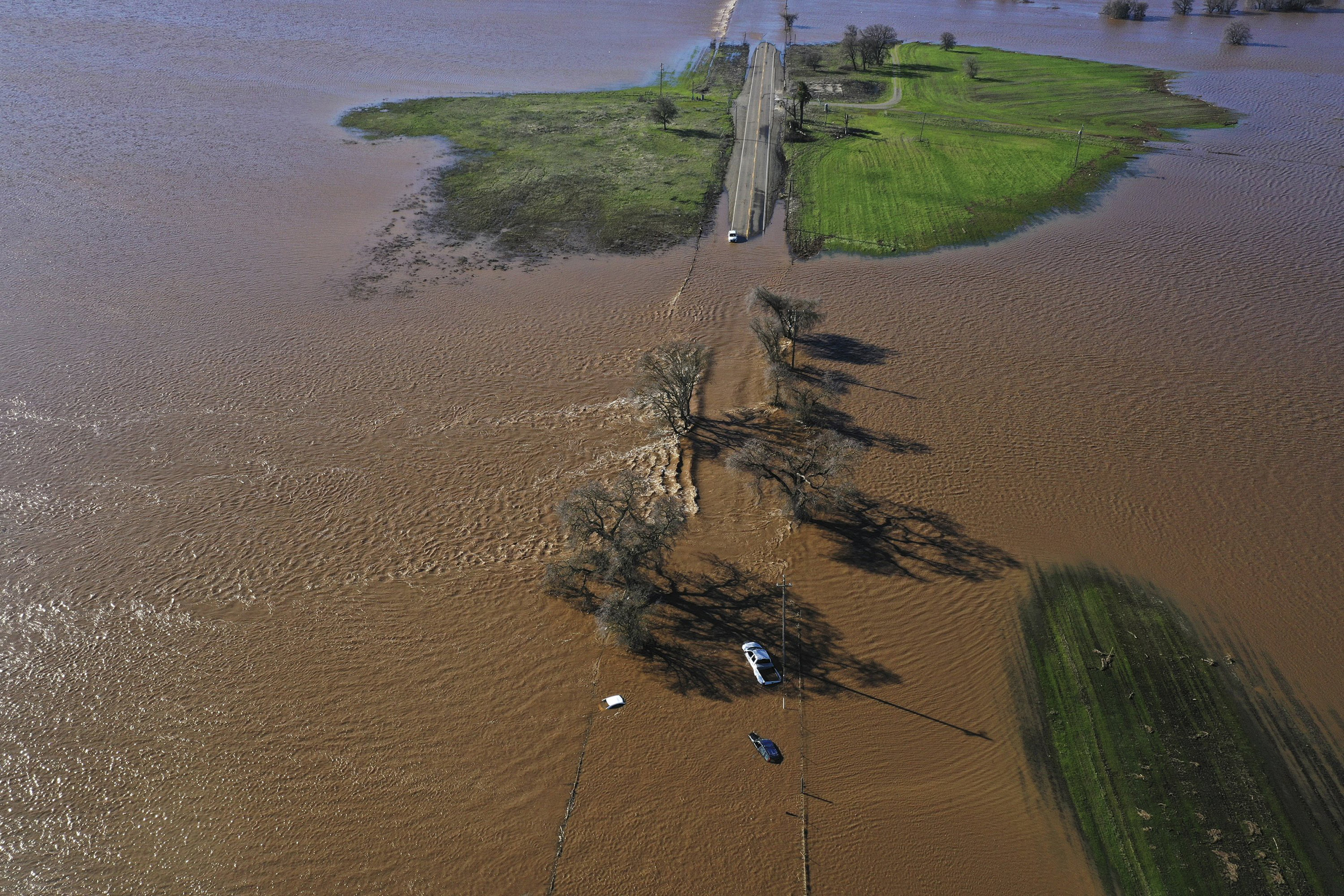 When viewed together, the test results generated by our Surfrider Chapters along the southern and central California coast really illustrate the water quality issues that coastal communities face after heavy rains and flooding. In California, there are 21 active BWTF labs monitoring nearly 150 sampling sites. In every case, Surfrider volunteers are working hard to sample their local beaches and waterways to make sure families know where and when it is safe to get into the water. Before you enter the water at the beach, please make sure that you and your family are safe. You can do this by checking out Surfrider’s Blue Water Task Force map to see if we are sampling near you or view your County Health Department web page for water quality advisories.

Better yet, become part of the solution. Connect with a Surfrider Foundation chapter near you and volunteer with our Blue Water Task Force or join our campaign efforts to #Stop Sewage Pollution and support coastal resiliency, so that coastal communities in California, and across the country, are not left to tread water alone as sea levels rise.