Writing a blog from California while over 35 wildfires scorch the state, including some of the oldest and tallest trees in the world, is hard to stomach.  Yet watching multiple hurricanes and tropical storms wallop Surfrider’s Puerto Rico and east coast Chapters is equally unnerving.  Unfortunately, this is where we are—navigating the new normal—a reality that is here to stay.

Clearly ‘the visual’ of extreme storms and raging fires is shocking, but the devastation of unseen, excessive heatwaves related to climate change cannot be overlooked.  As reported in the Washington Post this week, nearly 80 million U.S. residents are “under excessive heat advisories.” For many Western states, extreme hot and dry conditions produce a “heat dome,” of high pressure that decreases moisture and prevents clouds from forming—ushering in deadly heatwaves and fires. 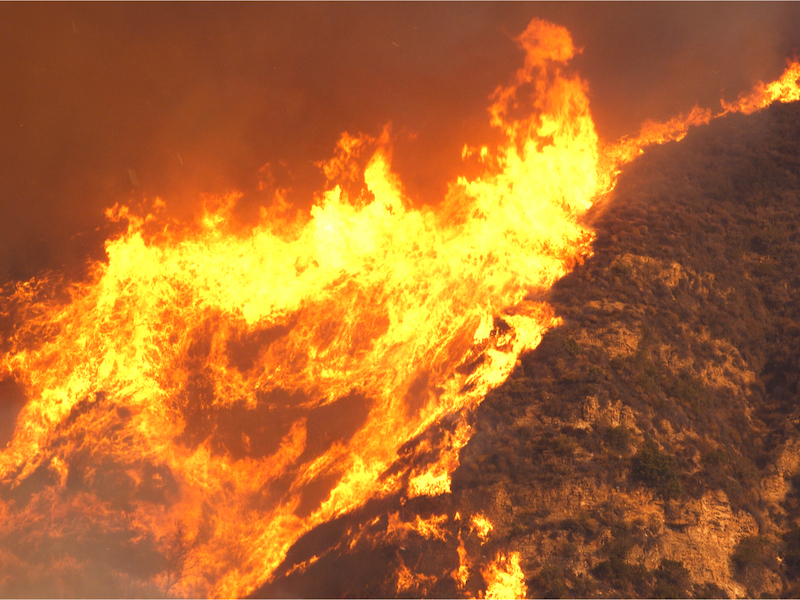 And speaking of heatwaves, currently the Atlantic Ocean is about two to three degrees warmer than average along the east coast.  Scientists have dubbed these abnormal hotspots “marine heatwaves.” While the Atlantic is currently experiencing temperature increases, marine heatwaves were first detected in 2013 off the west coast. Sharp changes in ocean temperatures are currently disrupting fish migration. In fact, this summer, tropical and subtropical fish species have been spotted offshore in New England states.  To compound the situation, marine heatwaves threaten food sources and the livelihoods of millions of people around the globe who rely on healthy fish stocks, especially Indigenous communities.

Scientists fear significantly warming waters in the Atlantic will exacerbate an already active hurricane season—Hurricanes Marco and Laura just empirically backed up that fear.  The key to curbing climate change and extreme weather is to curtail/eliminate Greenhouse Gas (GHG) emissions. Mitigating GHG emissions is not a new concept to solving climate change, and a new study found that devasting hurricanes could be up to five times more likely in the Caribbean if aggressive GHG reductions are not met.

Over the past five years, Surfrider has intentionally been increasing our work on climate change mitigation and adaptation because we want to help bring about solutions.  We constantly hunt for new scientific research and consume in-depth policy ideas about implementing solutions.

Fortunately, this summer, both the House and Senate greatly increased their level of involvement with climate change; subsequently picking up the current Administration’s slack and countering the continual attempts to roll back climate change action.

In June, the House Select Committee on the Climate Crisis released a lengthy report entitled: “Solving the Climate Crisis.  The Congressional Action Plan for a Clean Energy Economy and a Healthy, Resilient, and Just America.”

The report was particularly impressive because it delved deep into concrete ocean and coastal policy recommendations that mirror Surfrider’s philosophy and current work including:

Just last week, the Senate Special Committee on the Climate Crisis released their report: “The Case for Climate Action: Building a Clean Economy for the American People.”  This report mimicked some of the same policy recommendations as the House report.  However, the Senate report was unique because it tackled large, complicated political and economic dynamics related to climate change. The report boldly calls out the fossil fuel industry for hiding the truth about global warming for the past 70 years, using ‘dark money’ to influence law makers, and stifling the work of Nongovernmental Organizations working on climate change.

The report emphasized geopolitical ramifications of climate change, took on controversial issues like “managed retreat” such as relocating vulnerable infrastructure and underserved communities out of harms way, and put a gigantic spotlight on the importance of Environmental Justice.

As noted in a recent Vox article: “Where the House committee report was technocratic, heavy on the nuts and bolts of policy, the Senate committee report is a much more political document. It is focused on the political barriers to action, getting allies on the same page, and overcoming well-funded opponents. It specifically addresses unions, environmental justice communities, and farmers, and recommends reforms to the financial system and dark money in politics.”

The Senate’s focus on how climate change will drastically damage the U.S. economy was especially inspiring as Surfrider has been stressing this for years.  This quote from the report in particular resonates with our philosophy:

“Climate change will stunt economic growth because year after year, people and businesses will lose income and their property and other assets will lose value. Over three million coastal homes in the United States will face inundation from sea-level rise in coming decades.”

As mentioned, Surfrider is on a constant scavenger hunt to find the positive, because let’s face it, the climate crisis is so daunting.  So, let’s end this blog with a few tidbits of awesome climate change news:

Stay up to date with Surfrider’s climate work and find ways to engage locally.  At the end of the day, what you and your community do can influence the larger change needed to put a dent in the climate crisis. In addition, please join Surfrider and demand Congress take bold action on climate change. 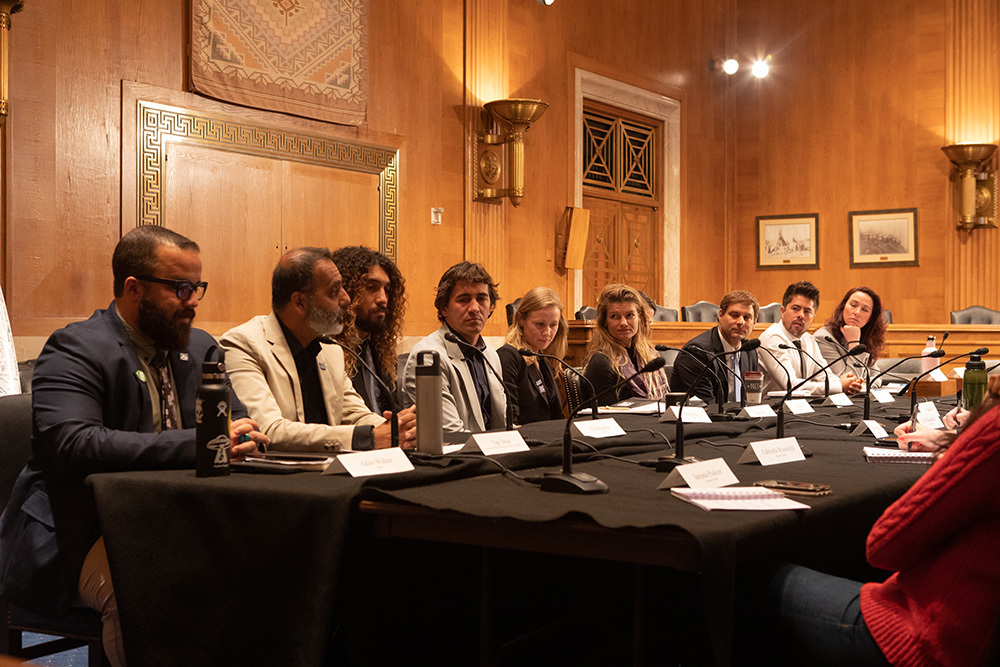 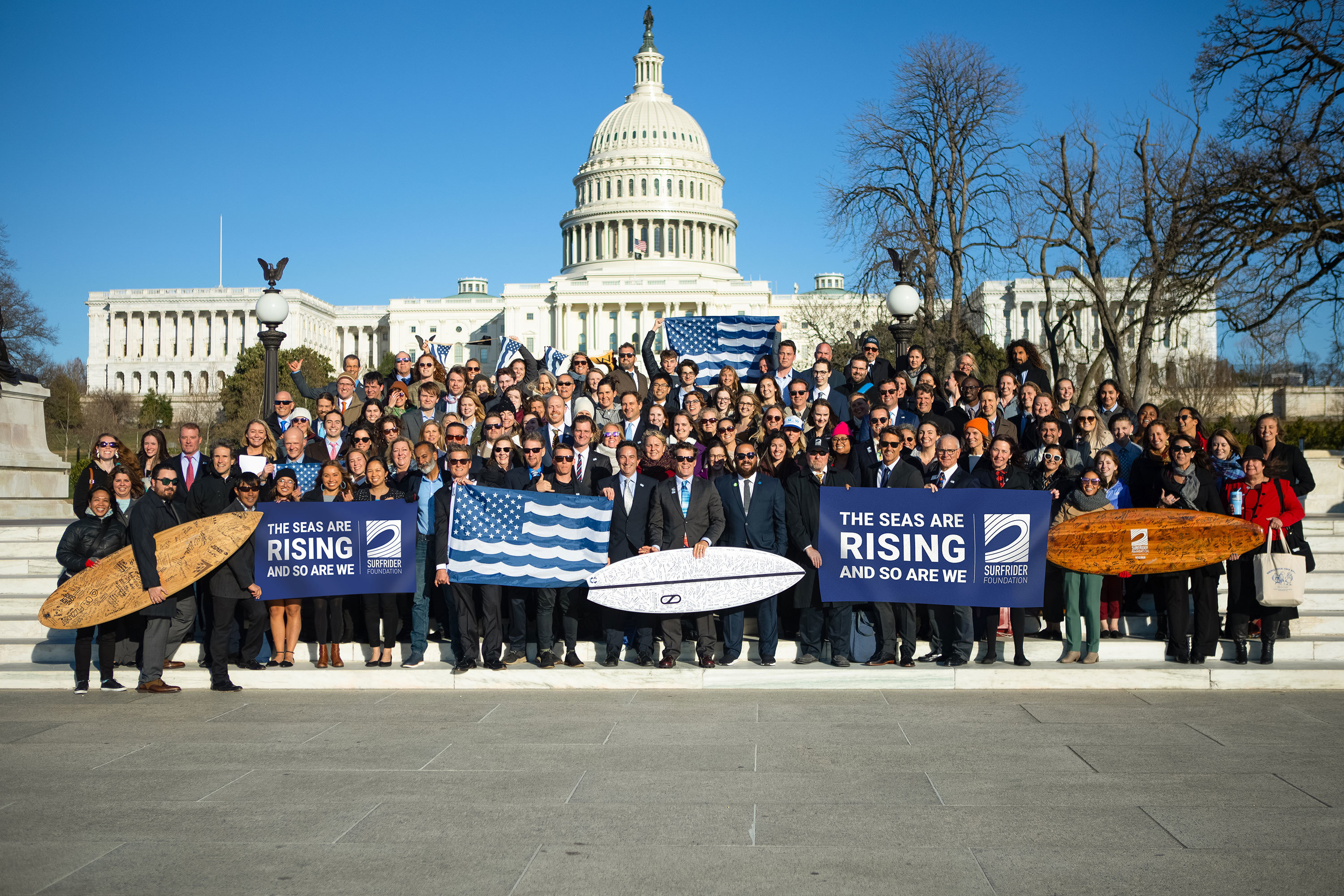