Making Plastic Straws a Thing of the Past

Yesterday, Starbucks made a big announcement that all 28,000 locations will phase out plastic straws by 2020. This announcement shows how the debate on single-use plastics and their impact on the environment is forcing large businesses and corporations to take initial steps in reducing their plastic footprint.

However, while the headline is great, there is reason to be cautiously optimistic. The plan does not comprehensively address single-use plastic as the straws will replaced with a plastic lid.  Also, the announcement does not further address the need to incentivize reusable cups for drinks and under the current plan, there is a potential loophole for bioplastic straws that have been proven to act just like any other plastic when in the marine or terrestrial environment.

Surfrider chapters know that plastic straws are just the start of a conversation on how to reduce single-use plastics. The announcement holds some promise of corporations taking some accountability for their plastic footprint, but what it really highlights is the fact that grassroots activism and utilizing straws as a mascot for plastic pollution can lead to bigger discussion and changes that focus on the source reduction of plastic. Recognizing that plastic straws are just the tip of the iceberg that can open the conversation about single-use plastics, the Surfrider Foundation and its chapters are engaging in meaningful ways with the business community to not only limit the amount of straws that end up on our beaches, but to reach for greater plastic reduction goals that limit all single-use items. 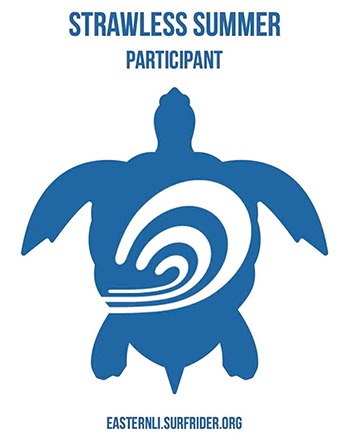 Around 30 Surfrider chapters and student clubs from the West Coast, East Coast, and Great Lakes have tackled plastic straw pollution either through a program that gets restaurants to pledge to not give out plastic straws, all the way to campaigns that have resulted in actual policy outcomes. Below are just a few examples of how the Surfrider network is highlighting plastic straws as a gateway towards larger single-use plastic reduction goals. 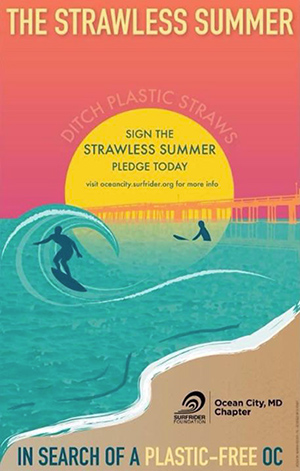 All of this work is not only keeping plastic straws off our beaches and ocean, but starting a conversation about single-use plastics and how to eliminate other unneccessary items. Recognizing that straws are the start of a bigger movement, many chapters are highlighting the Ocean Friendly Restaurant program as the next step for businesses to truly show their commitment to practices that meaningfully reduce plastic. Over 200 restaurants have signed onto the program in 2018 and over 30 chapters across the country are going out into the community and getting restaurants to adhere to the Ocean Friendly Criteria.

The Surfrider Foundation has also created a toolkit for chapters and the general public to use in order to start a straw program or campaign in their own community and get to work on eliminating single-use plastic!