Today, NOAA Fisheries authorized the Trump Administration's plan to allow five companies to concurrently conduct seismic blasting in the Atlantic, an industry practice that harms marine life and pollutes the ocean with deafening noise. This marks the first actionable step to accelerating new offshore drilling in the Atlantic. Please contact your elected officials to protect marine wildlife from this harmful practice.

At this time, while we do not know when the five surveys will begin, the companies will notify NOAA for the authorizations to become effective. This is required to occur within one year of today's announcement.

Surfrider Foundation chapters have banded together to oppose Atlantic Ocean seismic exploration successfully in the past and are currently fighting offshore oil drilling proposed in the 2019-2024 Draft Proposed Program (“DPP”) issued this year by the Trump administration. The proposed DPP offers 47 total lease sales in 25 of 26 leasing areas, which would open 90 percent of U.S. federal waters to offshore oil and gas development. Unfortunately, this new drilling requires seismic blasting – a damaging practice to search for oil and gas that involves deafening underwater noise that harms and kills wildlife such as whales, dolphins, fish, and turtles.

Seismic surveys are used by industry to locate and estimate the size of offshore oil and gas deposits before the drilling process begins. To carry out these surveys, ships tow airgun arrays that emit thousands of high-decibel sound waves that bounce off the seafloor. These sounds can be upwards of 240 decibels or more, which is louder than a rock concert or a jet engine flying 100 feet overhead! With today's authorization, these surveys will cover thousands of square miles of ocean in the coming years.

The impact of such noise pollution in the ocean can be devastating to marine life. At close range, seismic airgun blasts can cause injury or death to animals such as whales, dolphins, fish, turtles, and invertebrates. According to an environmental impact statement completed by the federal government in 2014, seismic surveys in the South and Mid-Atlantic could injure up to 130,000 marine mammals, including the bottlenose dolphin and critically endangered Right Whale. Seismic surveys would also displace and cause impacts - such as temporary hearing loss - to a broad range of fish and invertebrate populations.

But the impacts of seismic blasting don’t just occur at close range. On the contrary, the sounds generated from seismic surveys can travel hundreds or even thousands of miles and disrupt the behavior of a broad range of marine species. Sound travels efficiently underwater – much better than light for example – so it’s not surprising that many animals in the ocean depend on sound for activities such as communication, feeding, migration, and mating that are fundamental to survival. If we continue to saturate the underwater world with noise (already a huge problem as depicted in the film Sonic Sea) we will harm both individual species as well as the health of entire marine ecosystems.

Given these grave impacts, it’s disconcerting that some of our federal leaders are encouraging such a harmful practice, ignoring the outcry of public opposition. Surfrider and many other groups have been fighting this threat since 2010 through a grassroots campaign that has united hundreds of communities, thousands of businesses, and millions of citzens in opposing oil and gas development in the Atlantic Ocean. 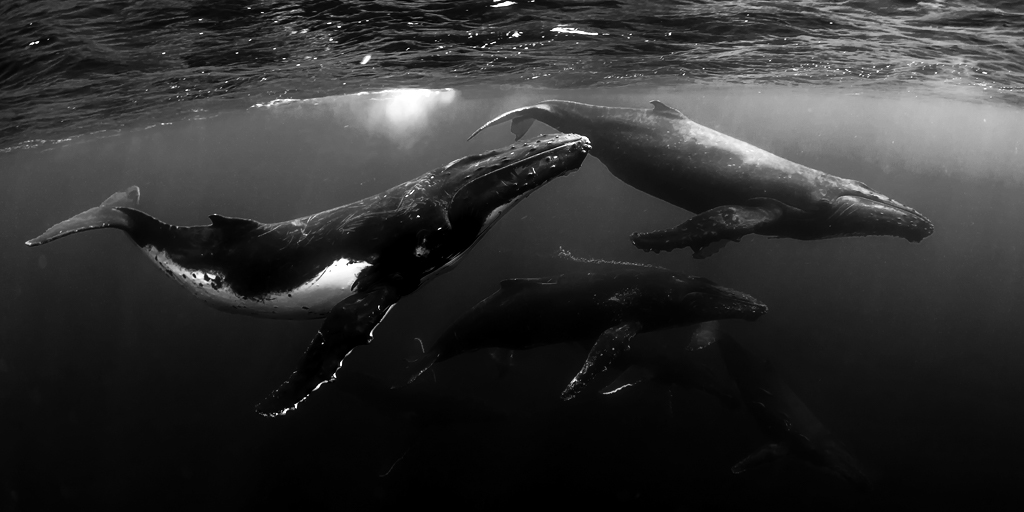 In addition, two bills have been introduced in Congress to reduce regulations for companies seeking to conduct seismic surveys and related activities in the ocean. The Streamlining Environmental Approvals Act (SEA Act) would gut core provisions of the Marine Mammal Protection Act and override the Endangered Species Act to fast-track seismic permits. The Strengthening the Economy with Critical Untapped Resources to Expand American Energy (SECURE Act) includes similar provisions, as well as other language to promote new offshore drilling. Both bills have passed through the House Natural Resources Committee and could go to a floor vote any day.

That’s why it’s critical that people opposed to seismic blasting contact their representatives in Congress to demand their leadership in opposing this damaging practice. The good news is that some of federal leaders are listening and taking steps to limit seismic activities in the ocean – both due to the impacts caused by the surveys themselves and the implications for new oil and gas development. For example, ocean champions in the Senate and House have introduced the Atlantic Seismic Airgun Protection Act (S 1263/ HR 2158) to ban this activity off the East Coast. We need to champion such legislation that will stop seismic surveys for oil and gas under this and future administrations!

Whales and dolphins are among the most magnificent creatures on earth, but they cannot vote or call members of Congress. So please speak out on their behalf to protect their environment from harmful seismic blasting!