Surfrider member Jimmy Griffin, owner of Seaside Brewery in Seaside, Oregon sits upstairs in the historic city jail, built in 1912, and restored in 2012. On the walls is wainscoting made from salvaged bleacher wood from my old middle school gym 50 miles away, torn down when a flood destroyed it in 2007. A reclaimed floor from a community theatre and bricks that were blown down in a storm make for a cool aesthetic and set the tone for Jimmy’s philosophy that you don’t have to make a lot of extra waste in order to run a business. 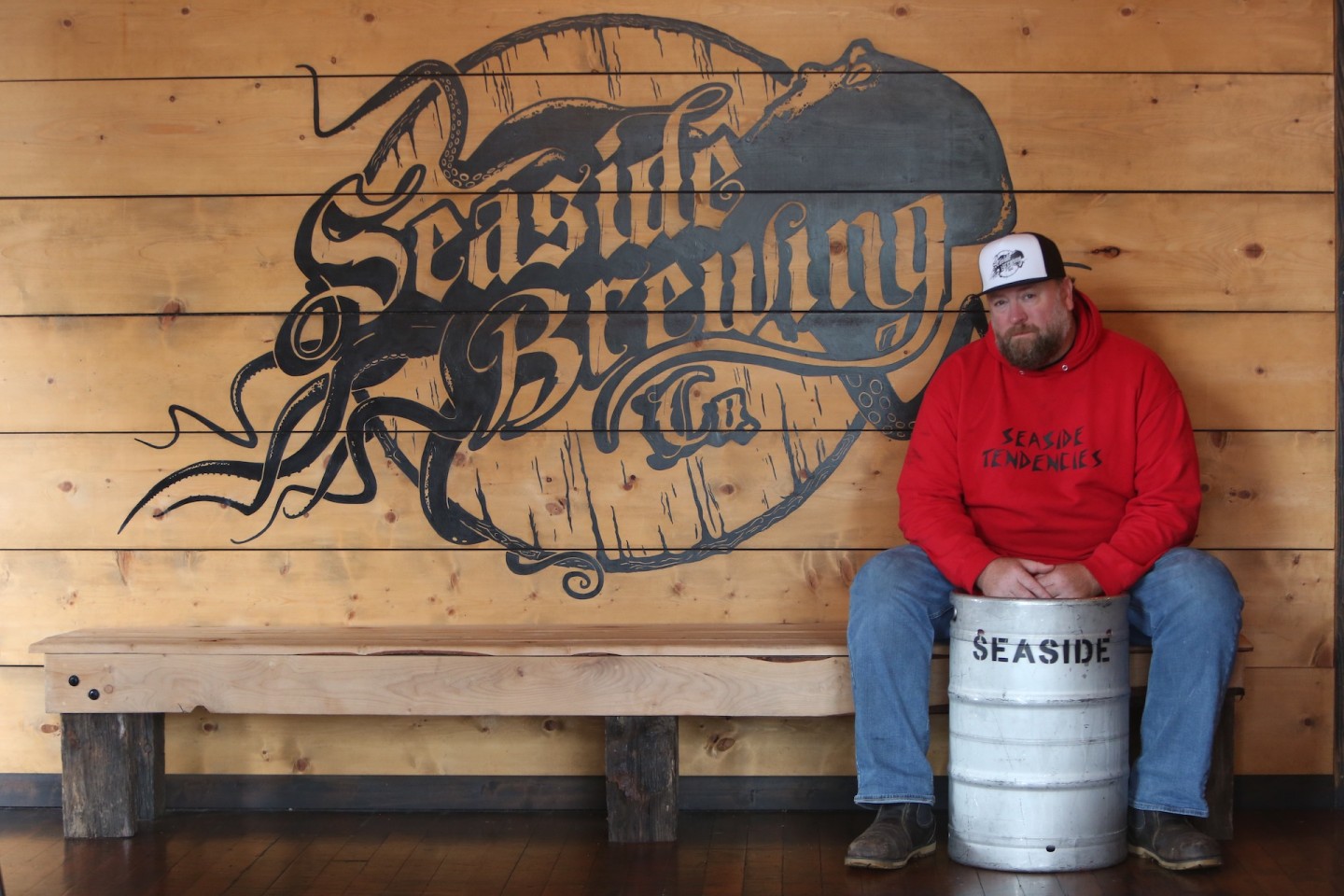 Seaside Brewery leads by example. It was the first restaurant on the north Oregon coast to become an Ocean Friendly Restaurant. Even before Jimmy saw an email about the OFR program, he had already made the decision to do without styrofoam and plastic bags. Because he was basically already in compliance, he took the initiative, signed up for the program and was happy to pay the membership fee that comes with the designation because it supports outreach to other businesses to do the same thing. 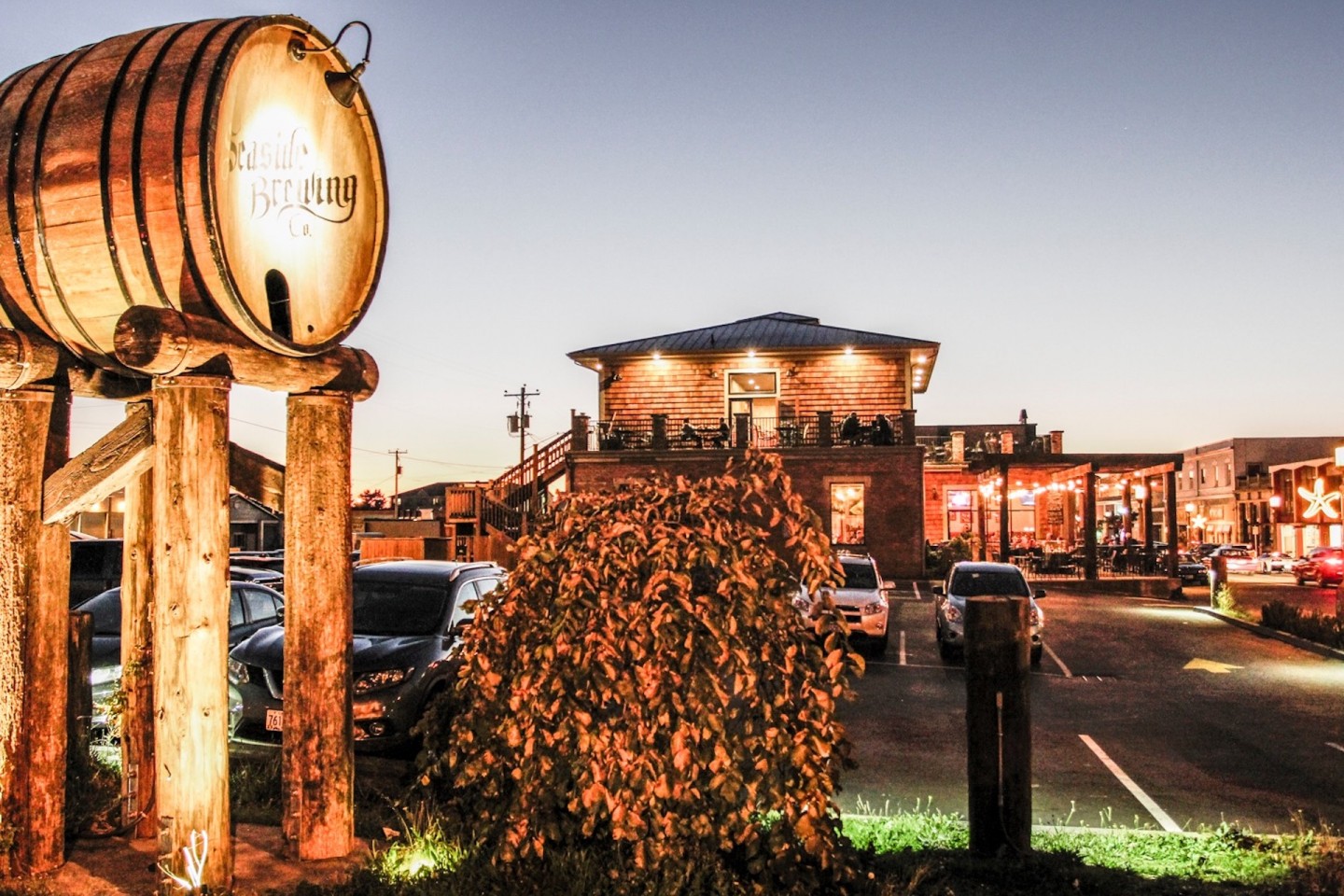 When I asked Jimmy how becoming an OFR changed his day to day operations, he told me it’s created a culture where people talk to him about the environment across the bar. “You have to take a stand. People get that more attention should be paid to our oceans – it’s why people come to the Oregon coast! It’s not hard to talk to customers about paper straws when the conversation is about how much plastic has taken over our lives.” 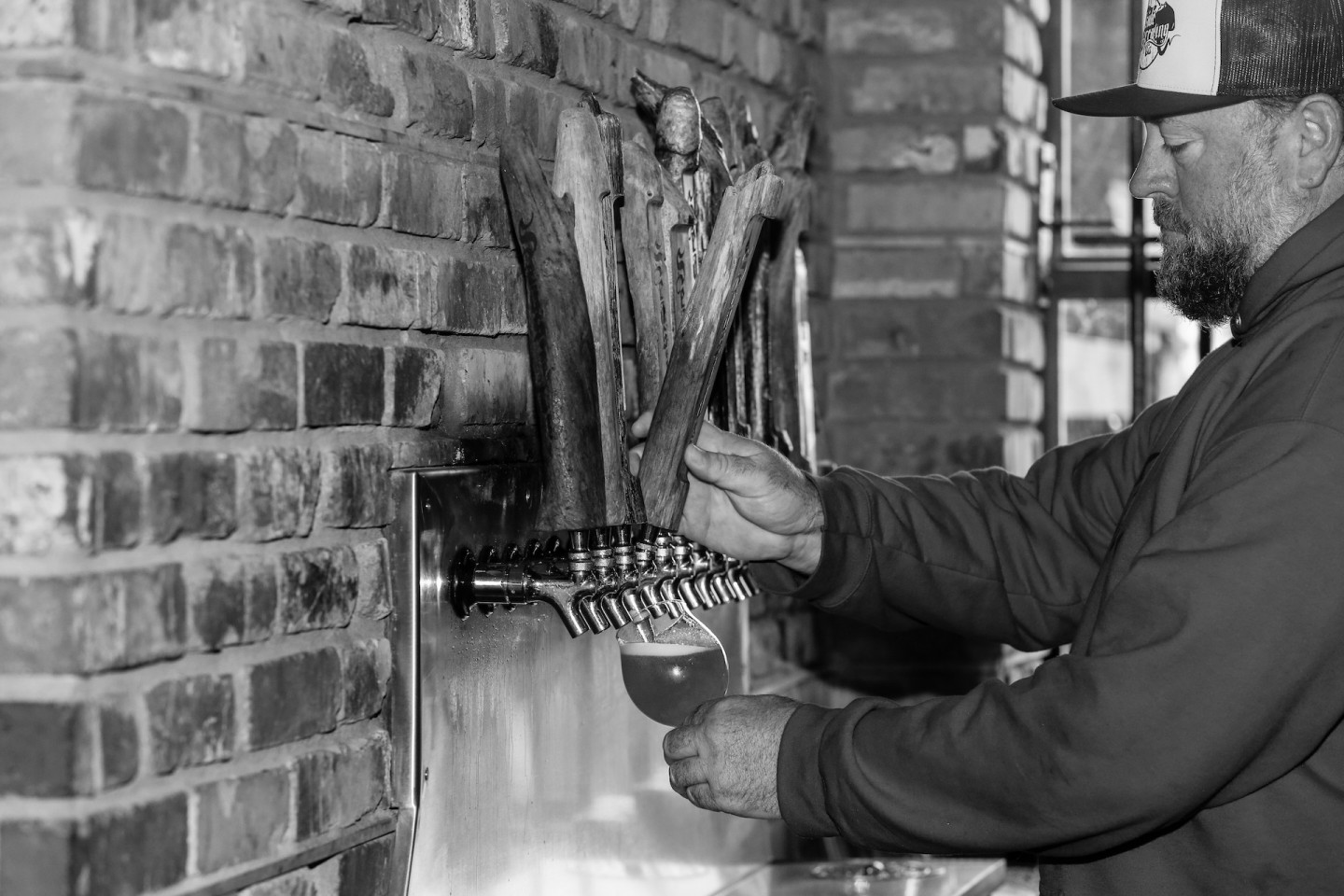 Jimmy trains his staff to keep the dialogue light and funny if someone complains or challenges his decision, which rarely happens. “The last thing we want to do is lecture or tell a customer that they’re wrong,” he says, adding that kids between the age of 5-15 seems to be the most aware, making the servers’ job easier when they tell their parents that they like that there are no plastic straws.

Just a few blocks from the beach, creatures of the sea are present inside the brewery. Gracing the wall near the downstairs bar is a large Pacific octopus, beautiful rendered by local artist Leighton Blackwell. Instead of sports programs, aquarium fish swim on television screens. “These animals are competing for resources,” Jimmy says as he snaps his computer shut, his work day ending, “I want to be on the team that helps make their life easier.”

Is your local restaurant Ocean Friendly?  If not, encourage them to sign up and join the movement to end single-use plastics!