The City of Monterey's Plastic Reduction Ordinance for food providers, which was passed in November 2018, went into effect on April 22, Earth Day of this year. Aiming for a smooth and successful transition as most restaurants needed to come into compliance with the ordinance, Surfrider Monterey County partnered with the Monterey Bay Aquarium, Sustainable Monterey, Save the Whales, California State University Monterey Bay and the Central Coast Center for Independent Living to create and deliver an informative toolkit to every one of Monterey's 400+ food providers. The coalition spent several weeks creating the toolkit packet, honing in on practical information and useful tips for food providers. The packet included a wealth of information about how restaurants can comply with the new standards and introduced them to Surfrider's Ocean Friendly Restaurants program. 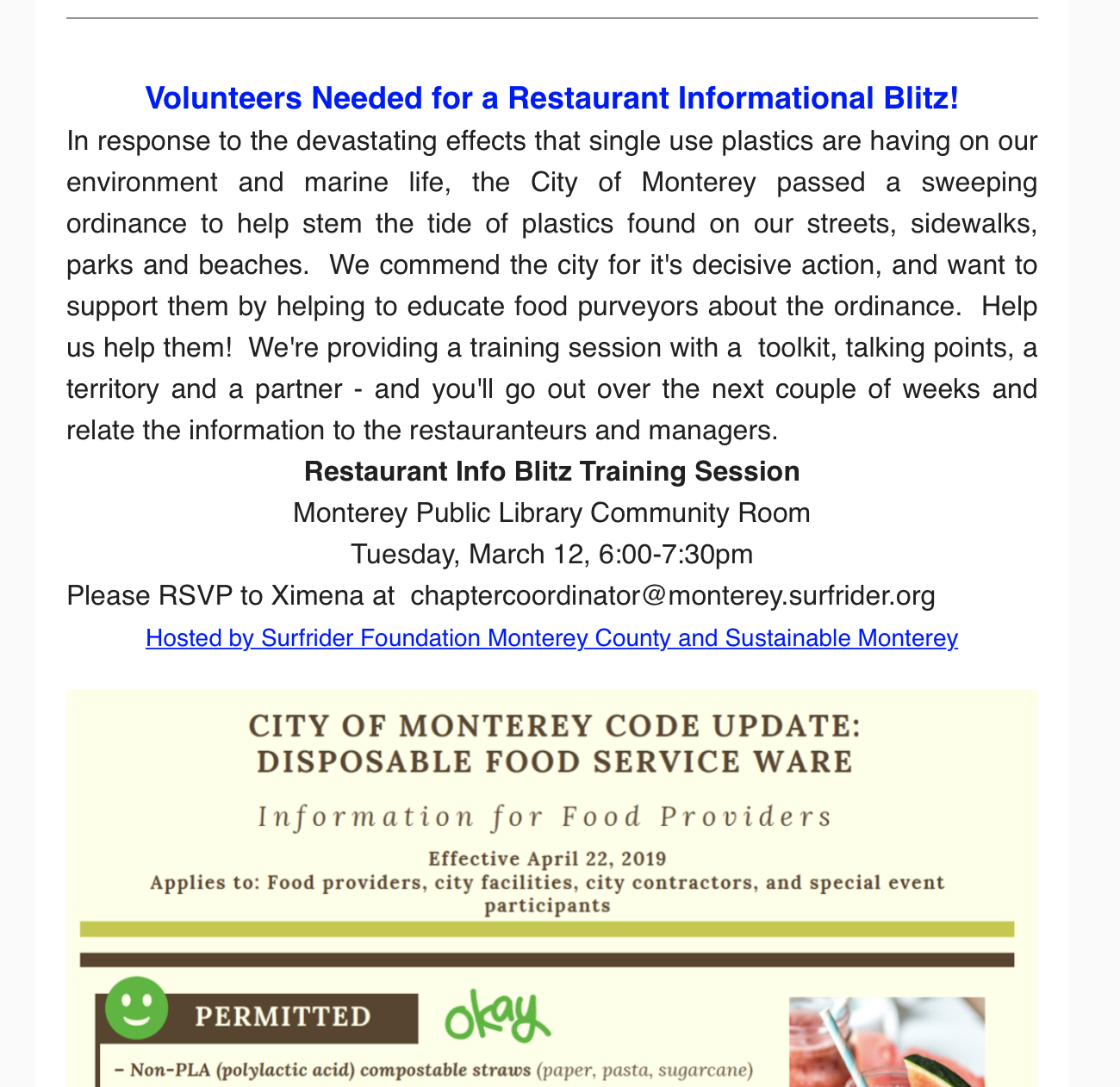 Following the provision of this toolkit, the coalition prompted two Monterey Restaurant Informational Blitz Volunteer Training Events, where background and 'how to' information was presented, the toolkits were distributed, and territory areas were selected. A spreadsheet that everyone could access helped keep track of progress, questions and feedback. The same training was also given at a CSUMB Marine Science Service Learning class, giving students community outreach and interaction opportunities.

By and large, the restaurants were extremely grateful for the information. Several volunteers reported that they started off a little bit shy, unsure what the reception would be, but by the end were confident and genuinely enjoying the experience because the managers and owners were so appreciative of the outreach. While a number of restaurants were unaware of the ordinance, others had 'heard rumors', but weren't exactly sure which policies were going into effect, and the trained volunteers were able to inform them of the ordinance provisions as well as present them with a folder full of useful information. 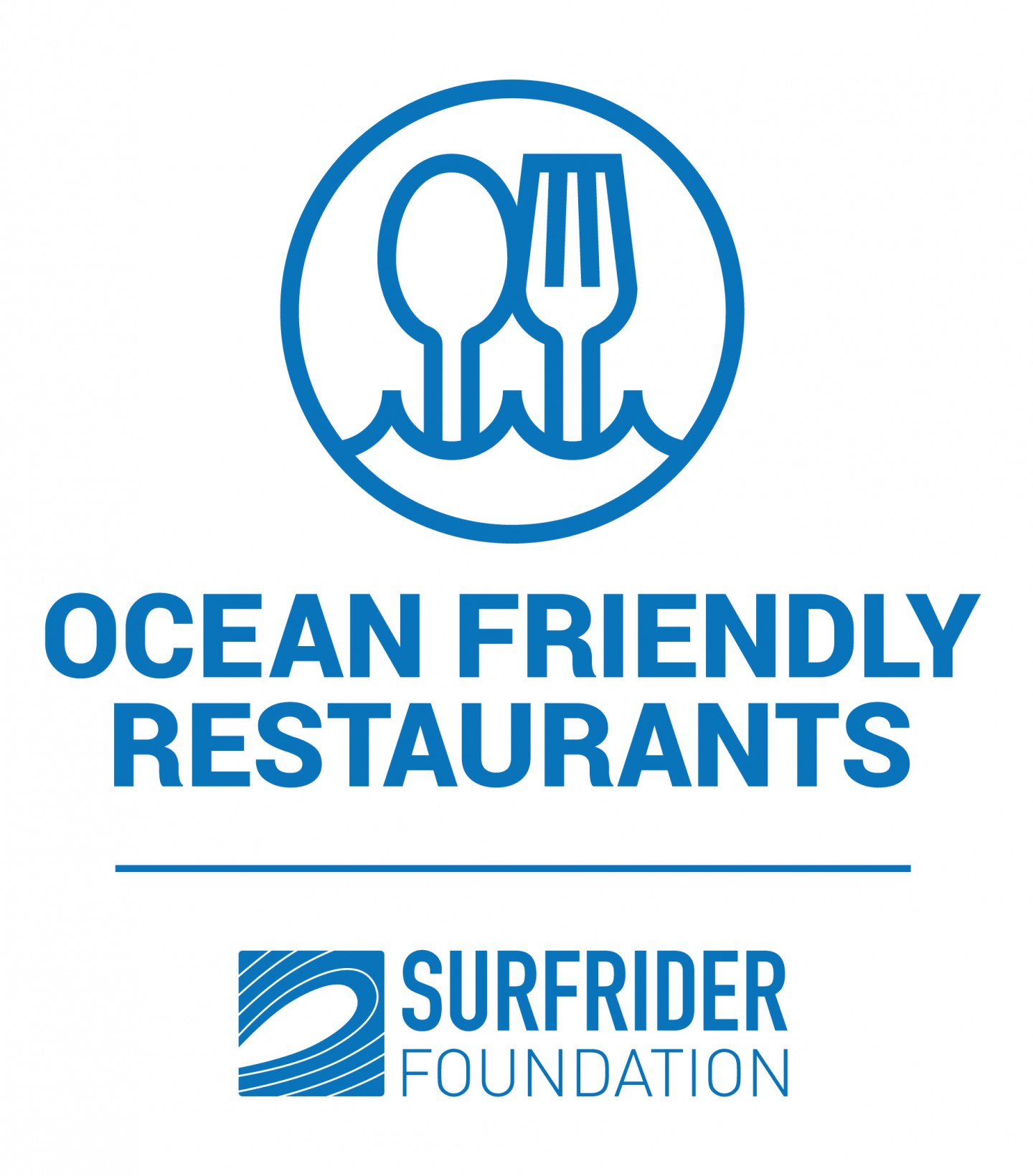 It became clear to many restauranteurs that Surfrider's Ocean Friendly Restaurants program were a perfect fit, as the OFR criteria aligned nearly perfectly with the City's new ordinance. As one noted-why only coply with the law, when I can take it one step further and also enjoy the benefits of being an Ocean Friendly Restaurant?! Several Monterey restaurants are thus currently on-deck to become official OFR's.

This project demonstrated how the environmental community, with their determined leadership and engaged volunteers, came together to help both the city staff with much needed outreach, as well as the restauranteurs with their important transititions towards sustainable practices. The coalition intends to update their Toolkit for each city in the Monterey Bay area as each one passes its own plastics reduction ordinance.