The Rincón Chapter has been testing recreational waters along the northwest coast of Puerto Rico for nearly 15 years. Over the years this volunteer-fueled program has developed into a comprehensive, adaptive, and informative citizen science program that provides water quality information for local agencies, regional ocean observation systems, and of course, the beach-going public.

Today, volunteers from the chapter, along with the coastal non-profit Rescate Playas Isabela and students at the Ramey School in Aguadilla, collect and process water samples from approximately 20 beaches and freshwater sites on a weekly basis year-round, providing critical information to the public that would not otherwise be available.  Fueled by these volunteers' dedication, the Rincón Blue Water Task Force has grown to become the largest citizen science program on the island, and is primarily funded by individual donations from the community.

In an effort to create further awareness of local water quality conditions and public health risks, the Rincón Chapter worked with Princeton University to post permanent signs at the beaches they test to remind beachgoers to ask the question, “How safe is this beach water?” The signs (featured below) include a scannable QR code that directs users to the Blue Water Task Force website to see the most current water quality results. Ten signs are posted at beaches located within or near the Reserva Marina Tres Palmas - at Playa Lala, Steps Beach, Balneario, Marias, and Domes. These signs serve as a pilot project.  The chapter plans to post signs at all of its sampling locations. 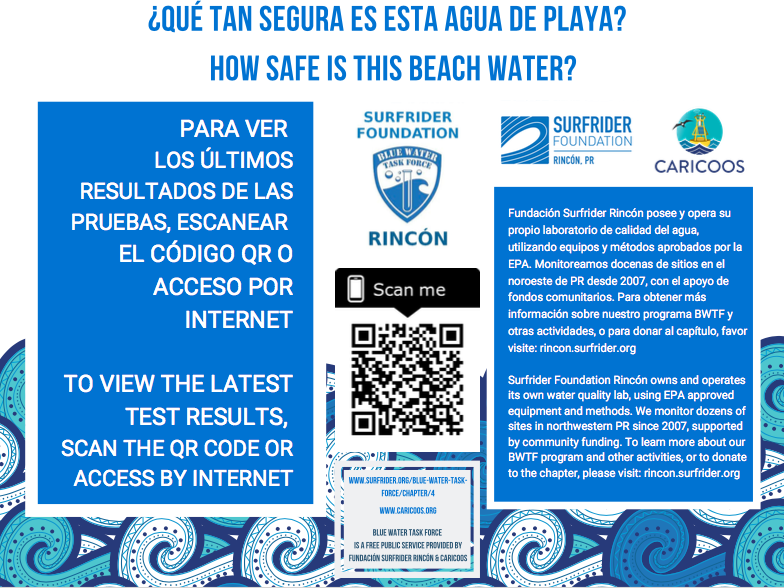 The Rincón chapter has had a long history of identifying water quality problems, working with local agencies, other non-profit groups, academia and the press to better understand water quality trends and advocate for solutions.

In the months following the landfall of Hurricane Maria, chapter volunteers put forth massive efforts to keep their community informed of the health threats posed by polluted water and to educate local residents on how to protect their family’s health.  Learn more about this amazing community effort in response to Hurricane Maria here.

Chapter volunteers continue to report pollution incidents and sewage infrastructure failures when they become aware of them.  For instance, recently a sewage discharge was reported in barrio Corcega. Chapter volunteers inspected the site and determined that part of a beachfront gravity system was clogged. 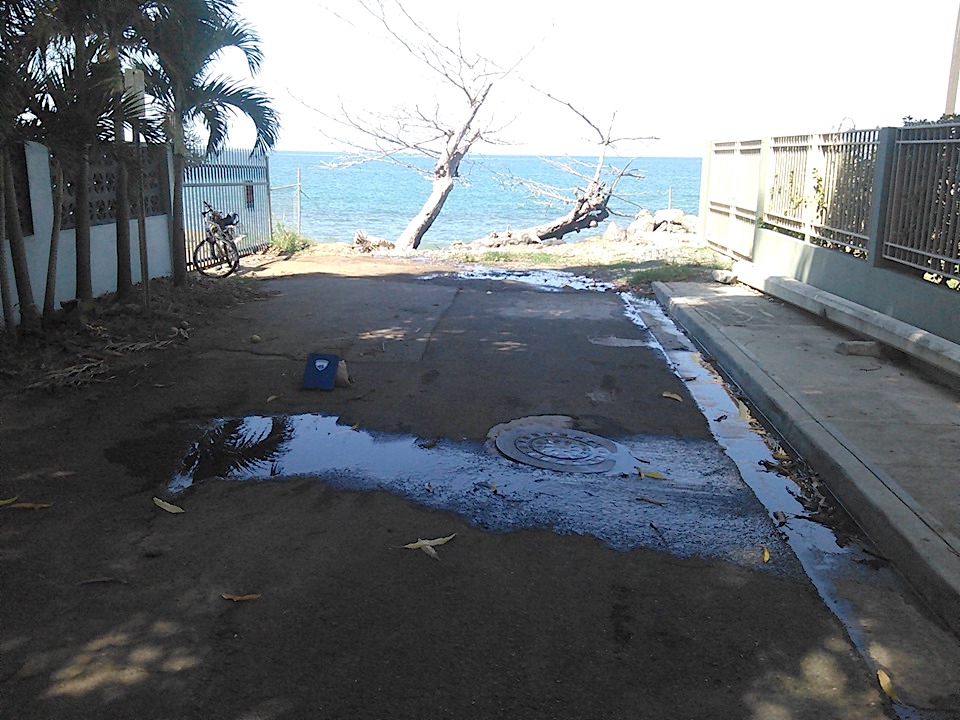 The Blue Water Task Force tested the discharge to confirm untreated sewage was reaching the ocean, and informed local authorities who conducted the necessary cleaning. Meanwhile, residents in nearby barrio Barrero were concerned about several anonymous pipes discharging water on to a beachfront road and into storm drains.  The chapter is currently in the process of testing those discharge waters and so far has been able to reassure local residents that, wherever that water is coming from, it is not sewage or septic black water. Small projects like this are typical of the chapter’s ‘free public service’ approach to their Blue Water Task Force program and community work in general.

The chapter is also very actively opposing the proposed new "Blue Water" megahotel resort and casino in Rincón, adjacent to the Reserva Marina Tres Palmas, on a property that contains wetlands and other sensitive coastal habitats. 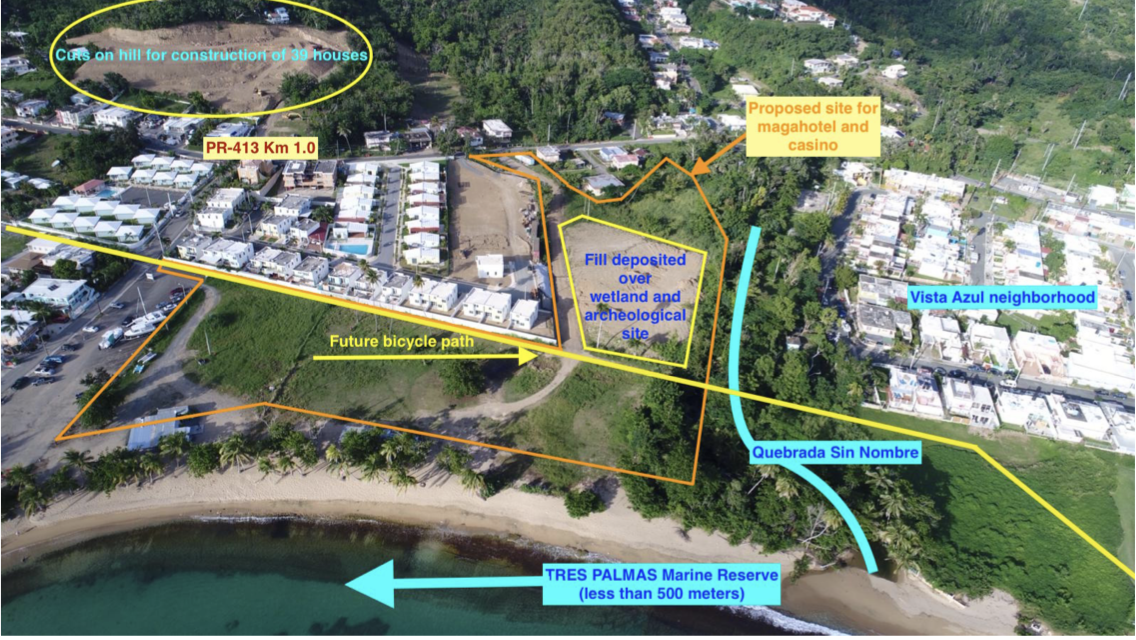 They have joined other community groups and interests in opposition to this development because of the negative impacts that the Rincón Blue Water Megahotel will have on the sensitive coastal habitats on and near the proposed site, as well as the additional stress that will be placed on Rincón’s already overloaded and failing sewage infrastructure.  Learn more about community opposition to this proposed development here.

If you are appreciative of the efforts of the Rincón Chapter and Surfrider Foundation’s national Clean Water work please consider making a donation to support Surfrider.