A surfboard covered in signatures from West Coast businesses is traveling to D.C. as a symbol of opposition to offshore drilling. Surfrider members and recreation industry leaders will present the surfboard (and our East Coast board) to federal leaders during Coastal Recreation Hill Day.

Have you seen this board? This is no artsy paint job or new fashion statement. This @firewiresurfboards eco-friendly board is completely covered in signatures from businesses that oppose offshore oil drilling. The board has traveled up and down the West Coast over the last year and is now on its final journey through California before making its debut in Washington, D.C. on February 28th.

Back in January, 2018, when the Trump administration first proposed offshore drilling in the Pacific (and virtually everywhere else), Surfrider launched ‘Sign the Surfboard,’ a project to empower businesses to express opposition to new offshore oil rigs. After all, ocean recreation and tourism on the West Coast generates more than $23 billion for our nation’s economy every year – these industries depend upon a clean coastal environment and simply can’t afford the risks inherent to offshore oil drilling. When it comes to oil spills, history shows, it’s not a question of ‘if,’ but a matter of ‘when.’

The project was modeled after a similar effort on the East Coast proved to be successful. In 2015, a surfboard traveled from Miami, Florida to Washington D.C. to demonstrate business opposition to offshore oil drilling. Shortly after its presentation to White House officials in February, 2016, the Obama administration canceled plans for oil and gas development in the Atlantic Ocean. Now, the East Coast is once again under threat, as the Trump administration has proposed new drilling in the Atlantic, Pacfic, Gulf of Mexico, and Arctic 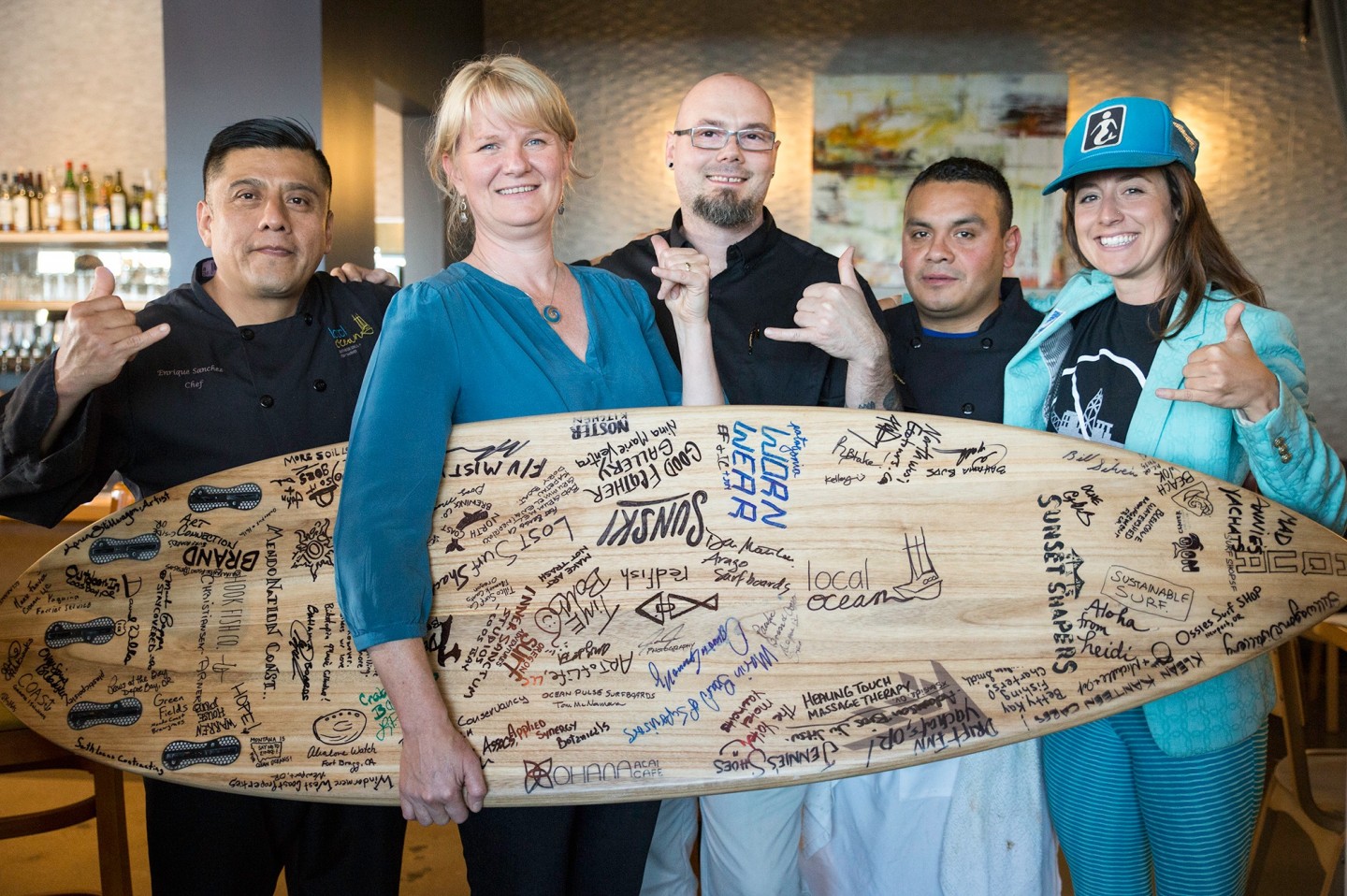 The West Coast edition of the Sign the Surfboard project officially launched in Southern California in March 2018, with support from Surfrider’s San Diego chapter and local collaborators. Among the first businesses to sign the board were Coronado Brewing Company, Duck Foot Brewery, Modo Yoga San Diego, and many of the major surf brands based in southern California.

Since then, the board has traveled all the way to Washington state and back, visiting over twenty Surfrider chapters and garnering support from thousands of businesses along the way. All businesses that sign the board automatically join the Business Alliance for Protecting the Pacific Coast (BAPPC), which includes nearly three thousand West Coast companies from industries such as recreation, tourism, fishing, and real estate that are opposed to offshore drilling off the Pacific coast.

Check out a few of its featured stops here:

"New offshore oil drilling threatens U.S. businesses and jobs that depend on a clean coastal environment. That's why the surfing industry is opposed to the federal government's plans to expand oil drilling in the Atlantic, Pacific and Gulf of Mexico," said Shannan North, President of Billabong USA and President of the Surf Industry Manufacturers Association.

During Coastal Recreational Hill Day, Surfrider representatives and recreation industry leaders will descend upon our nation’s capital and present both the East and West Coast surfboards to the U.S. Department of the Interior and White House as symbols of opposition to the Draft Proposed Program for Oil and Gas Outer Continental Shelf Leasing Program.

Are you a business opposed to offshore drilling? Then please ‘virtually’ sign the surfboard by adding your name to our business petition.