Statewide Bill in New Jersey to Reduce Plastic Bags is a Step, But Misses the Mark

After years of having a number of bills in the New Jersey Legislature attempting to reduce single-use plastic bag pollution, one has finally moved but it is not the exact bill that Surfrider initially advocated for. A bill putting a 5-cent fee on both paper and plastic bags statewide passed both houses of our legislature in late June. One cent of the fee goes to the merchant, and 4 cents goes into a state fund designed to remove lead paint from older housing. 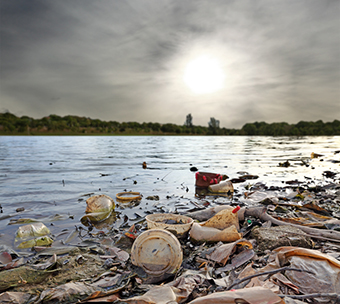 Though it is encouraging that the NJ legislature has gotten serious about plastic pollution and is considering what could be the nation's 2nd statewide policy on plastic bags, good policy is what makes the difference in our fight against plastic. Surfrider prefers a ban/fee hybrid model of statewide plastic bag policies. The hybrid model means a ban on the thin checkout-style plastic bags and a fee on paper and other bags. Also, like the successful California bag law, a fee of 10 cents would incentivize the use of reusable bags.

A concerning part of the New Jersey bill is state preemption of local bag laws. Under the state law, any action that a municipality has taken to reduce plastic bag pollution would be nullified and replaced by the state law. Therefore, any city that might have a stronger bill to protect their area from plastic pollution would be forced to comply with this law.

This is a critical moment in time for states to pass good policies on plastic bags on the East Coast. New York, Massachusetts, and New Jersey are all considering plastic bag ordinances which is a positive sign that grassroots activism has taken root at the state level. However, all three of these state bills have serious flaws that may lead to unintended consequences. With the passage of the statewide policy in California in 2014 (and confirmed by voter referendum in 2016), we now have an example showing that a ban on plastic bags and a fee on paper and reusable bags is the best policy to truly reduce single use plastic bag pollution.

Though Surfrider would like to believe that the New Jersey legislature is concerned about plastic pollution and protecting our ocean, it is more likely they passed the bill due to the fees that generate income. New Jersey has a new governor with ambitious goals and a wish list of programs. In all likelihood, the legislature found this bill as a way to pay for some of the ambitious programs rather than taking a hard look at what plastic bag policy would disincentivize the use of plastic bags and make New Jersey a leader in the fight against plastic bags.

The governor has yet to sign the bill and the deadline for him to take action is September 4th. The Surfrider Foundation and other environmental groups are unified in our desire to have five changes made to this bill. If that happens by having the governor veto the bill and having the legislature pass a new bill with these items, or if the governor issues a conditional veto that the legislature then concurs with, either way we get a much stronger bill.

The Chapters of NJ are actively encouraging the public to contact the governor and ask for these changes. Still no word from the governor’s office if he will sign, veto, or conditionally veto the bill.