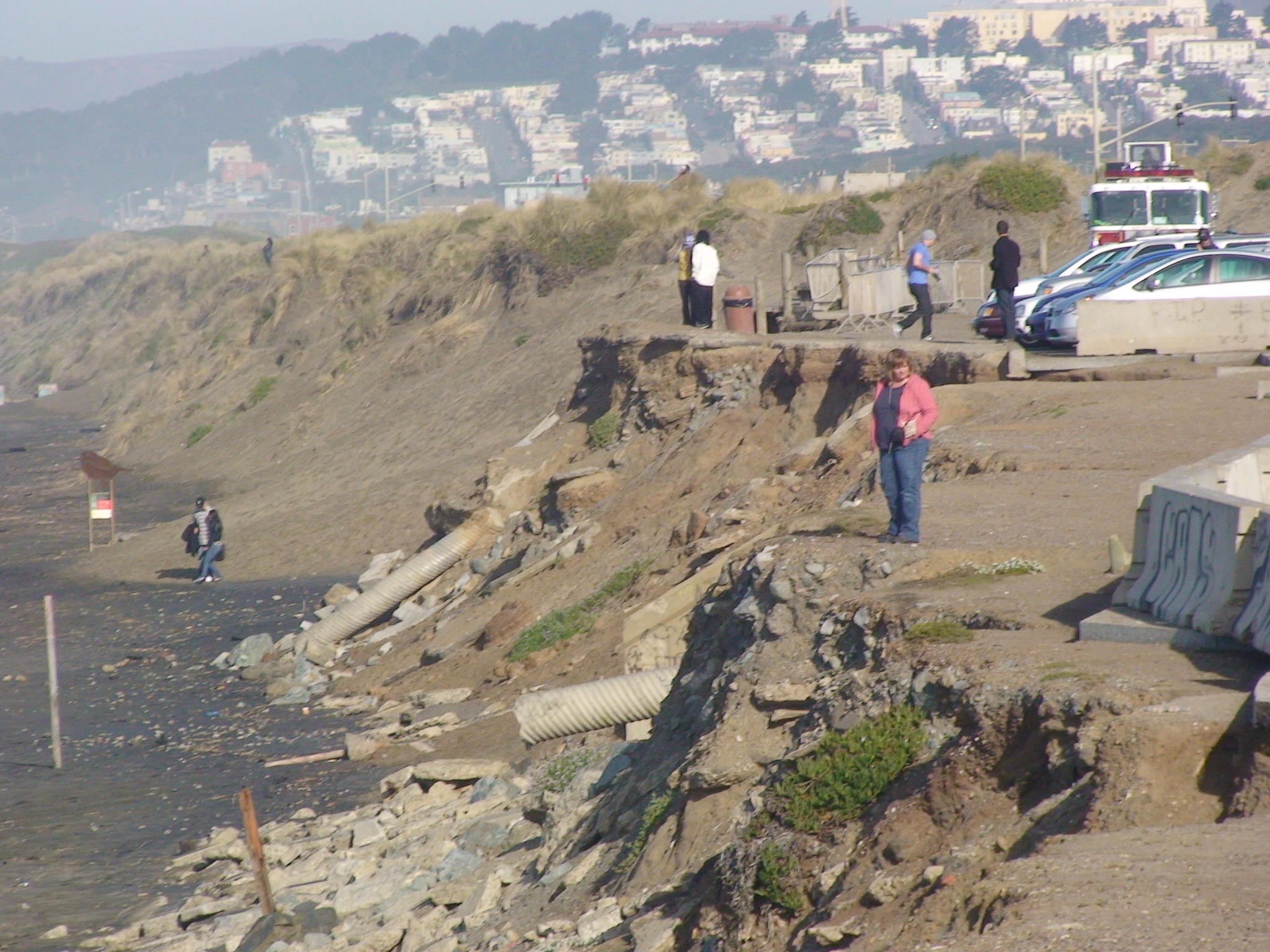 The San Francisco Chapter of the Surfrider Foundation continues to campaign to restore Sloat and preserve Ocean Beach.

Sloat Blvd. is the main public access point for San Francisco’s southern end of Ocean Beach. Since the 1990’s, the shoreline at Sloat has been littered with concrete debris and boulders.  All the rock is left on the beach to serve as erosion control.  The material has made beach access unsafe, has damaged the natural ecosystem, and threatens the surfing waves that break nearby.

Since 2011, the San Francisco Chapter of the Surfrider Foundation has been working with public officials and the community on a proposal to restore the shoreline at Sloat. Instead of using rock as erosion control, a plan that relies on “managed retreat” is under design. Managed retreat uses relocation of threatened development to address erosion. At Sloat, the road and two public parking lots are in danger from being undermined by the surf. Under the managed retreat plan, they will be moved away from the water. Sand dunes will eventually replace the rock as the primary tool to slow erosion.

On November 12, the chapter attended the California Coastal Commission meeting in Half Moon Bay. On the agenda was a grant proposal for the city to update its coastal planning documents. At the hearing, Surfrider registered support for the planning update; particularly the need for it to include the Sloat restoration project.

For more information on the Restore Sloat campaign and the San Francisco chapter's efforts to preserve Ocean Beach, click here.