Surfrider Argues to Uphold its Win in Martins Beach Lawsuit

Surfrider won at the trial court, which in 2014 ruled that the Coastal Act requires a Coastal Development Permit to change the public’s use of and access to Martins Beach.  The trial court agreed with Surfrider that Khosla’s actions of having a locked gate, hiring a security guard, and painting over a sign welcoming the public to Martins Beach, is considered “development” under the Coastal Act, requiring a permit.  Following the ruling, Judge Barbara Mallach ordered property owner Khosla to immediately restore public access to Martins Beach, including unlocking the gate to the property’s entrance to the same extent that it was unlocked and open at the time the property was purchased.  Khosla appealed the ruling in November, 2015.

As the court had previously instructed in a letter, the parties focused their arguments primarily on three issues:  (1) the Coastal Act’s plain language definition of development, (2) whether the lower court’s injunction constitutes an unconstitutional “taking,” and (3) the “ripeness” of a takings claim (whether the timing was right to bring the claim), since Khosla had not yet even applied for a permit.

Justice Terence L. Bruiniers recognized that Appellant would be in a very different position, and have a more persuasive argument, if public access had not previously been offered by prior property owners for 100 years.

As for the “takings” issues – that is, did the lower court’s order to reopen public access deprive the owner of any rights, without compensation? – Surfrider emphasized that Khosla hasn’t suffered any loss, as he hasn’t even yet applied for a requisite Coastal Development permit.  He can’t argue a “taking” before then.  Justice Simons admitted that his primary quarrel with the Appellant’s position was whether it was appropriate to consider the issue now, before the Coastal Commission has even considered whether to issue a permit, and before the court has a full record in front of it.  Justice Simons opined that the Appellant’s approach “short circuits” that, before there’s been any balancing of the property owner’s rights versus the public’s rights at stake.

Surfrider also argued that a property owner’s right to exclude is not absolute, particularly where the property is adjacent to public trust tidelands, which the public has the right to access, and where the only way to access that beach is through Appellant’s property (or take a boat, which isn’t feasible for practically everyone).  Surfrider also explained that when Khosla purchased the property, he knew full well there had been public beach access, and San Mateo County had even informed him of the Local Coastal Plan’s requirement for public access there.

Surfrider was pleased that the California Coastal Commission also presented oral argument in its favor, underscoring the broad definition of development, that the right to exclude is not absolute, and that the Appellant hadn’t yet exhausted the administrative remedy of seeking a CDP from the Coastal Commission, and that, relatedly, Appellant’s takings claim is not ripe.

The Court now has 90 days from the June 15th hearing to issue its decision.

This litigation is but one aspect of the San Mateo County Chapter’s many-year campaign to open Martins Beach.  “Six years ago, when we approached Mr. Khosla about his closure of Martins Beach we had hope to work with him to put forth a plan that would respect his rights under the Coastal Act and also ensure continued access to Martins Beach, access that the public had enjoyed for generations,” says Edmundo Larenas, of the San Mateo County Chapter.  “Even though we knew that we would eventually prevail in the courts we were deeply disappointed that he chose to use his wealth and influence to close the beach rather than leave a legacy of public access to this special place for generations to come.  It is still not too late for him to do the right thing,” says Larenas.

In the meantime, there is a simultaneous legislative effort to ensure ongoing public access to Martins Beach. Senator Jerry Hill’s bill, SB 42, would appropriate funds to the California State Lands Commission to obtain public access to Martins Beach. This bill passed the Senate on May 31.  Now in the California State Assembly, Surfrider is optimistic that the Assembly will pass SB 42 to uphold the public’s right to beach access.  This aligns with the 2014 Senate Bill, SB 968, which required the State Lands Commission to negotiate with the property owner for permanent access or to consider eminent domain.

For more information on the Chapter’s campaign, you may visit the Chapter website here. 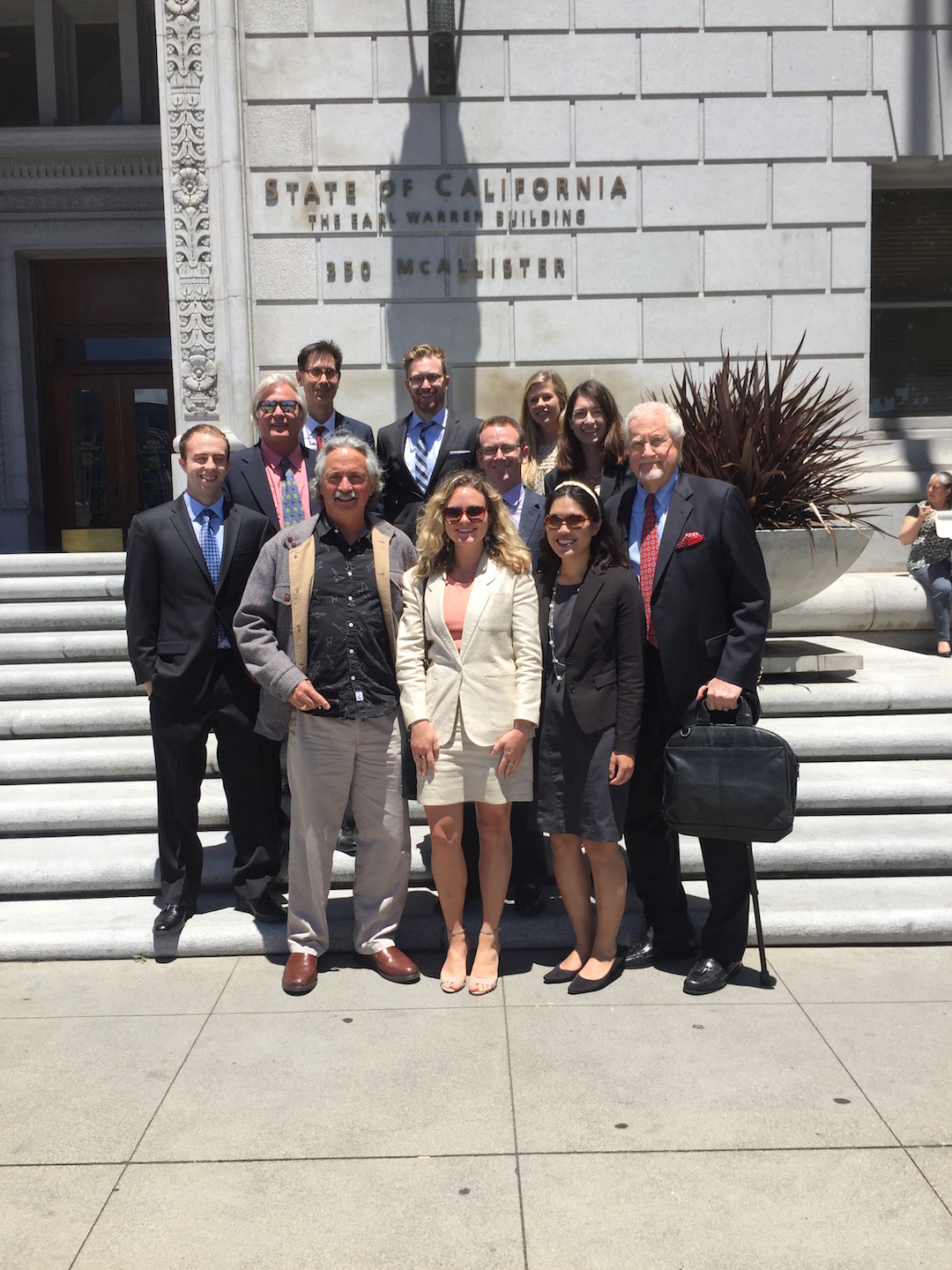