Earlier this month, the Trump administration announced plans to open up over 90% of the nation’s outer continental shelf to offshore oil and gas development. This puts roughly all of our coastlines at risk of the next catastrophic oil spill, not to mention the destruction of our $107 billion coastal tourism and recreation industry, millions of jobs around the U.S., and our beloved marine environments.

Local Surfrider chapters and their coastal communities stand united against the expansion of offshore oil drilling, and are rallying around the nation to show their opposition. Please join us at an open house public meeting near you to #defendourcoasts and protect your favorite beach, coastal town, community, travel destination, and millions of marine animals from the threat of offshore oil and gas. 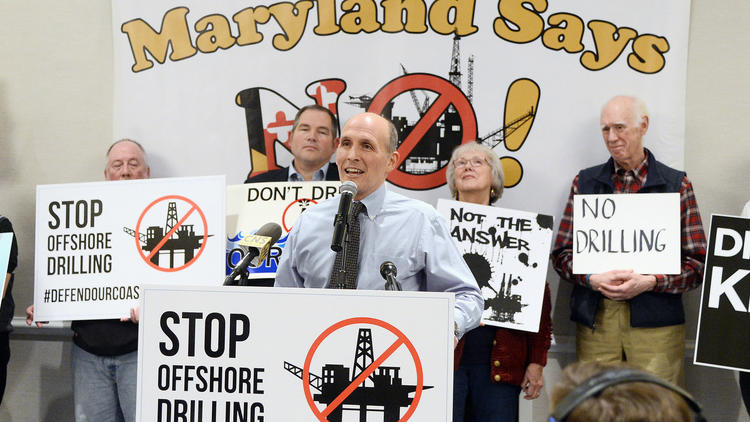 The Ocean City, Maryland Surfrider Chapter and their coalition partners were joined by government representatives from across coastal Maryland to show their opposition to new offshore oil drilling. Speakers included the Mayor of Ocean City, the Maryland Attorney General, Maryland’s Secretary of Natural Resources, and representation from the Annapolis City Council, as well as Assateague Coastal Trust, Chesapeake Bay Foundation, Oceana, and Sierra Club’s Maryland Chapter. In total, over 50 people made the trek to the state’s capital to tell the Trump administration and the Bureau of Ocean Energy Management that #drillingiskilling, and Maryland won’t stand for it. Learn more about the event here! 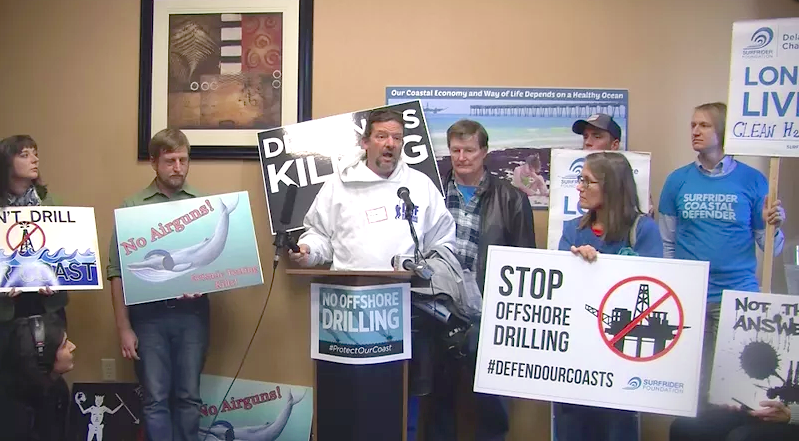 Using the same format as Annapolis, Delaware’s Coastal Defenders rallied during the Dover meeting and heard from the Marine Education, Research and Rehabilitation Institute, Delaware Surf Fishing (pictured), Sierra Club’s Delaware Chapter, local mayors, Delaware Interfaith Power and Light, as well as the Delaware Surfrider Chapter. All expressed their concerns for the damages that offshore oil and gas development would cause to the local economy and marine wildlife. The attendee’s concerns are shared by Delaware’s governor, John Carney, who has directly requested that Delaware be removed from the draft proposed plan.

The current government shutdown has caused the next week of public hearings to be postponed. We are hopeful that our federal officials are able to come to an agreement, and the government becomes operational again soon.