This past week Surfrider Foundation staff visited Washington DC to promote our federal priorities on Capitol Hill.  As a grassroots organization, our federal priorities stem from the work of the over 80 local Chapters in the United States.  The common issues that have risen to the top of our local Chapter concerns currently include water quality, marine debris and oil drilling legislation. 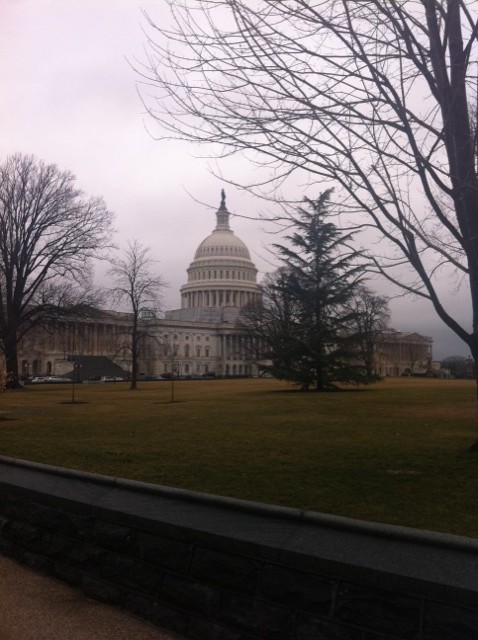 The most timely issue occurring in the midst of budgetary battles on the Hill include the need for reinstated funding appropriation for beach water quality testing.  This $9.9 million budget item was cut from the Administration’s proposed EPA budget this year.  Most states rely upon this funding to support their statewide efforts to test for dangerous bacteria at popular beaches.  There are many sources of water pollution, including storm water runoff, human sewage leaks and spills, agricultural runoff, and point sources. Exposure to bacteria and other disease causing pathogens from these sources put beach goers at risk of suffering from skin rashes, infections, and gastrointestinal illnesses.  Surfrider informed Congressional Representatives that this funding is needed to protect public health, strengthen coastal communities and increase coastal tourism revenue. The issue falls squarely within Surfrider’s Clean Water Program designed to address water pollution and restoring clean water to our beaches and coastal watersheds.  To sign the petition of support, click here.


To promote the objectives of Surfrider’s Rise Above Plastics (or “RAP”) program, Surfrider Foundation advocates for various marine debris pieces of legislation.  While the local RAP campaigns continue to find success through plastic bag bans, reduction of foamed takeout ware, and increased use of alternatives and recycling across the nation, there is also a bill at the national level to address single-use bags, the Trash Reduction Act (H.R. 1628), which would put a 5-cent fee on all single-use shopping bags and raise it to 25-cents in 2012.  There is also legislation to support the ongoing marine debris work of the National Oceanic and Atmospheric Administration (NOAA) to fund research and assist in international conferences on the issue.  This bill was introduced by Rep. Sam Farr as the Marine Debris Research, Prevention and Reduction Act Reauthorization Amendments (H.R. 1171).  The sister bill in the Senate is also likely to be strengthened by a pending amendment by Senator Cantwell to offer support to respond to the tsunami debris fall out resulting from the 2011 Japanese tsunami.

As another major priority on the Hill, Surfrider Foundation also worked to advance the goals of our Not the Answer campaign, including the ban on offshore drilling activities in new areas.  Surfrider supports full restoration of the Gulf of Mexico coastal areas after the BP spill through the Resources and Ecosystems Sustainability, Tourist Opportunities and Revived Economies of the Gulf Coast States Act (RESTORE Act) which stipulates that at least 80% of the fines collected from the BP oil spill be used to support ecosystem restoration in the Gulf.  This bill is likely to be folded into the Transportation Bill in the Senate and likely will be voted on in the near future.

Finally, Surfrider expressed support for the National Endowment for the Oceans, funding for Regional Ocean Partnerships, and the Harmful Algal Blooms and Hypoxia Research and Control Act, which will provide coastal communities with the tools to address harmful algal blooms.

At a time when environmental interests and budgets are being slashed in the Capitol, Surfrider Foundation supporters like you are needed to be a strong voice of support for healthy oceans, waves and beaches!