The Proliferation of the Plastic Bag…BAN 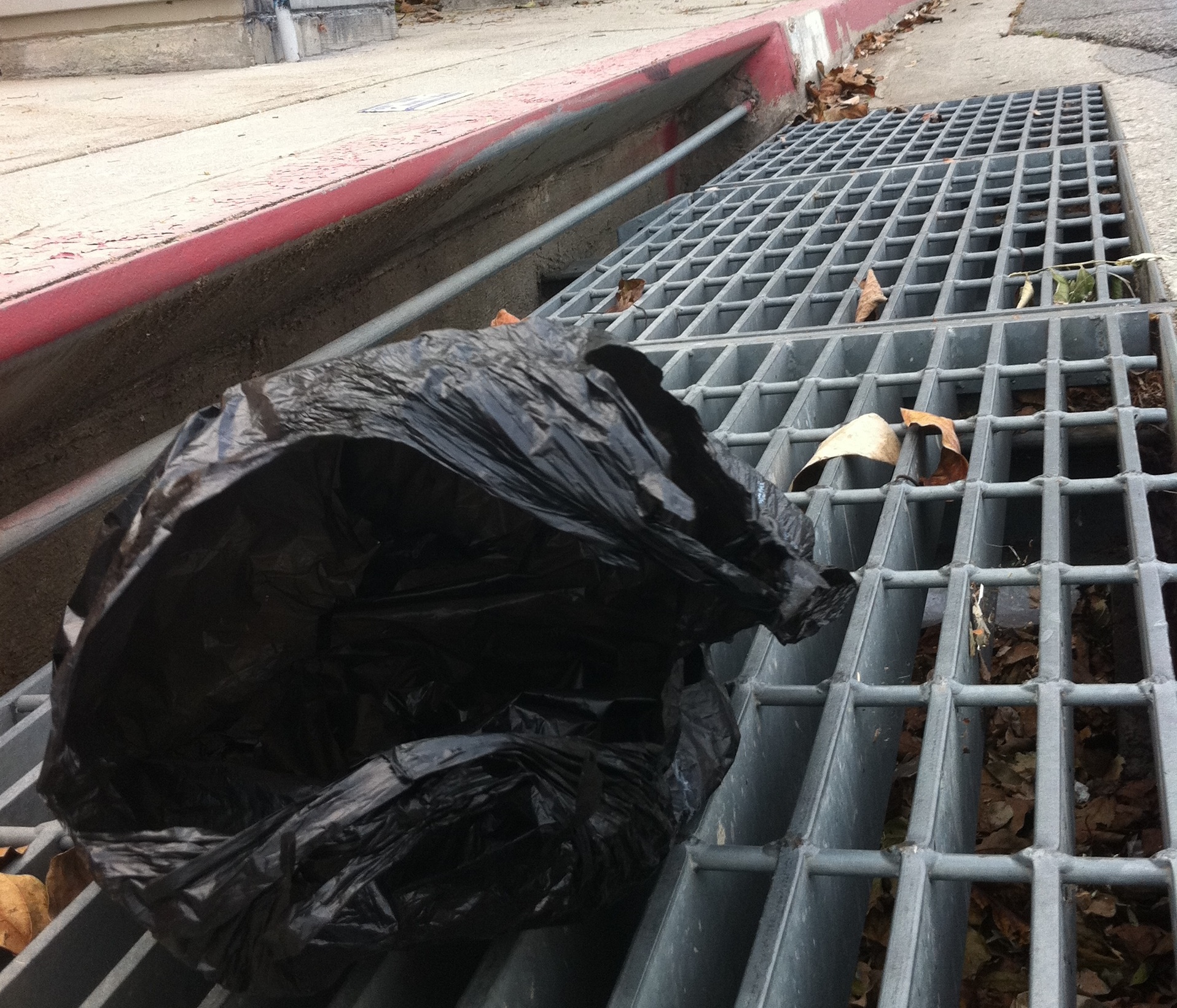 Worldwide, nearly two million single-use plastic bags are used each minute. Plastic bags have consistently been reported in the top five most common forms of ocean litter. For every square mile of ocean, there are about 46,000 pieces of plastic floating in it and it can take upwards of 1,000 years to degrade. While these figures are staggering, there seems to be more than a glimmer of hope as the number of single-use plastic bag bans is on an uptick!

A recent study from Earth Policy Institute, an independent non-profit environmental organization based in Washington D.C., reported there are 133 cities and counties around the nation have a bag regulation ordinance. And, at least two dozen countries have a ban or some sort of initiative to reduce plastic bag waste.

This new law will encourage shoppers to bring their own bags and prohibit grocery stores, drugstores and convenience stores from distributing single-use plastic bags and require a minimum 10-cent charge on recycled paper bags.  Stores can also sell reusable bags, of course. The new law was also created to protect green jobs by incentivizing “re-tooling” of existing plastic bag factories to make reusable bags.  The law is scheduled to go into effect for large grocery stores starting in July 2015. However, if the current referendum effort of the plastic bag industry is successful in putting the question on the ballot, it will likely delay the law until November 2016.

Regardless, this is a historic statewide victory that began at the grassroots level wth dozens of local ordinances ushering in the momentum for the state law.

Additionally, across the country in Florida, there have been steps forward in efforts to ban bags.  The Sebastian Inlet Chapter successfully ushered in a voluntary bag reduction program in Melbourne Beach. This is in addition to St. Augustine's voluntary bag ban in early 2014. Currently, Florida communities are prohibited by state law from enacting a ban or tax on single-use plastic bags. The Florida Chapters are working to repeal this statewide preemption on bag bans as well.

In New York City, there is a current campaign to put a 10 cent fee on single-use plastic and paper bags.  The Surfrider New York City Chapter and the Bag It NYC Coalition plan to present before the city's Sanitation Committee later this month to pass Intiative No. 209.

For the Surfrider Foundation, our work started with the San Francisco bag ban ordinance in 2007, which was the very first in the nation.

Recognizing how single-use plastics are a leading cause of beach and water pollution, the Surfrider Foundation San Francisco Chapter helped usher the 2007 ordinance that placed a ban on single-use plastic shopping bags.  Since then, the city has banned bags from large supermarkets, chain pharmacies and restaurants, and has worked vigorously to uphold these regulations in court. Following the lead of the San Francisco Surfrider Chapter, several other Surfrider Foundation Chapters started advocating for similar ordinances in their communities.

The momentum to ban single-use plastic bags worked its way down the coast with a ban in Malibu in 2008, which was a precursor to Santa Monica’s ban in 2011. Across the nation, bag ban regulations are continuing to pop up in progressive communities and are taking on various forms: from 5-cent fees on single-use bags to bans on all plastic bags. And, in many cases, these bans range by the regulation of paper bags—from no regulation to ten-cent fees on paper, to a ban on both paper and plastic in major cities such as Austin, Texas (2012). 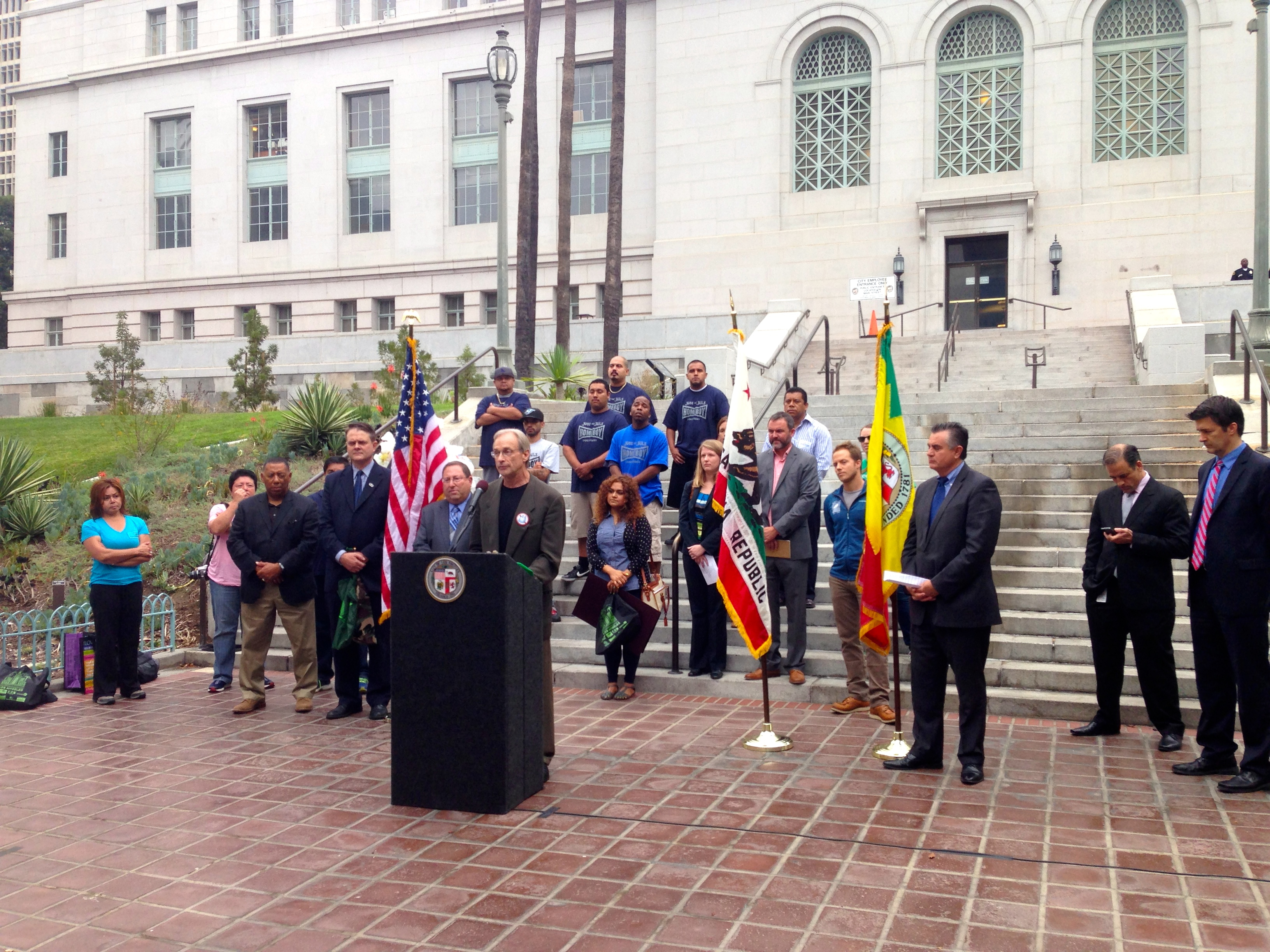 The issue has gained notoriety among lawmakers in larger cities around the nation. In January of 2010, the nation’s capitol of Washington, D.C., instituted a 5-cent charge for paper or plastic bags at all retail stores. Los Angeles County in California began a ban on plastic bags and imposed a ten-cent fee on paper bags in July 2011, the subject of failed litigation by the plastics industry.  Los Angeles City passed a similar ordinance in June of 2013.  Today, the law expanded to also cover single-use plastic bags at smaller convenience stores. (Photo: L.A. South Bay Surfrider Chapter Chair, Craig W. Cadwallader, taken by Joe Galliani on June 30, 2014, at L.A. Bag Ban Press Conference at City Hall. )

Further north, the city of Portland passed a ban on plastic bags after a narrowly failing statewide initiative in Oregon, which went into effect in October of 2011.  The Surfrider Foundation Portland Chapter was the driving force behind the enactment of the local ordinance.

The drumbeat continued in the past year, with help from Surfrider Chapters, to pass bag regulations in Chicago, (IL), Santa Barbara (CA) and Rincon, (P.R.).

This momentum can be attributed to the mounting proof that bag bans aren’t just for show. They actually work.

A study of a bag ban ordinance in San Jose, California, showed that over 75 percent of shoppers brought their own bag or chose none at all.  This cut litter by 89 percent in city storm drains, 60 percent in the creeks and rivers, and 59 percent on San Jose’s streets. For Los Angeles County’s ordinance, the resulting usage of single-use bags declined by 94 percent, including a 10 percent drop in paper bag usage.

So where does this leave us?

Currently 92 bag ban ordinances have been adopted in California, covering 121 cities and counties.  That is, over 1 in 3 Californians live somewhere with a plastic bag ban.  Nationwide retailers have purchased less single-use bags to distribute, reducing the amount from 107 million pounds in 2008 to 62 million in 2012, according to the Earth Policy Institute.

On the federal level, there is also a national bag fee bill that has been proposed by Virginia Congressman Jim Moran.  It remains to be seen whether this issue will hit hard at the national stage, with a very divided Congress, many think that little to no environmental legislation of this type has the chance to move to the President’s desk for signing.  However, this is an issue that has caught the eye of the national legislature, specifically the Senate Ocean Caucus.

While state and federal lawmakers are just catching up with the more nimble local lawmakers in the United States, this trend of bag bans is covering more and more of the citizenry of the country, one way or another.

How you can help.

Do your part to reduce the amount of plastic bags that end up in the ocean by shopping with reusable bags, totes and market baskets. Check out our Rise Above Plastics program page to learn more about plastic pollution and how to get involved in plastic litter reductions. Here's a list of current Surfrider Foundation campaigns. If you want to be more active in the Surfrider Foundation, look no further than your local chapter.