Trump Administration Reverses Course on Offshore Drilling in the Southeast

On September 8th, through an Executive Memoranda, President Trump withdrew federal waters off the coast of Florida, Georgia, and South Carolina from oil and gas exploration. The action, which caught both the oil industry and environmentalists by surprise, establishes a ten year moratorium on offshore drilling related activities in these waters.

If you’re experiencing some cognitive dissonance from this latest proclamation, it’s probably because you remember the Trump Administration moved to open over 90% of federal waters to drilling in 2016, including all the waters covered by this announcement. Moreover, the administration approved seismic testing to explore for oil and gas in the Atlantic Ocean in 2018, weakened safety regulations for offshore drilling in 2019, and, just a week ago, finalized plans to drill in the Arctic National Wildlife Refuge.

This recent departure from the Trump Administration’s “American Energy Dominance” agenda is welcome news, and a testament to years of community advocacy to make this a bipartisan issue. However, our fight to protect our coasts from offshore drilling is far from over. For starters, the waters off Florida, Georgia, and South Carolina won’t truly be protected from offshore drilling until Congress passes legislation to permanently ban the practice. While the House of Representatives has passed bills that would protect the Atlantic, Pacific, and Eastern Gulf of Mexico from new drilling, the Senate has continued to stall on voting on these measures

Furthermore, the recent announcement by the Trump Administration still leaves the vast majority of U.S waters under threat from proposed offshore drilling. Since the Department of Interior released the first draft of its 5 year drilling plan, it has yet to remove any areas proposed for new lease sales. And, while the administration has acknowledged delays in the process, Interior Secretary David Bernhardt has affirmed his commitment to developing a new offshore drilling program.

For all these reasons, we must continue our fight against new offshore drilling! Please see below for  some FAQ on the new policy and ways to make your voice heard: 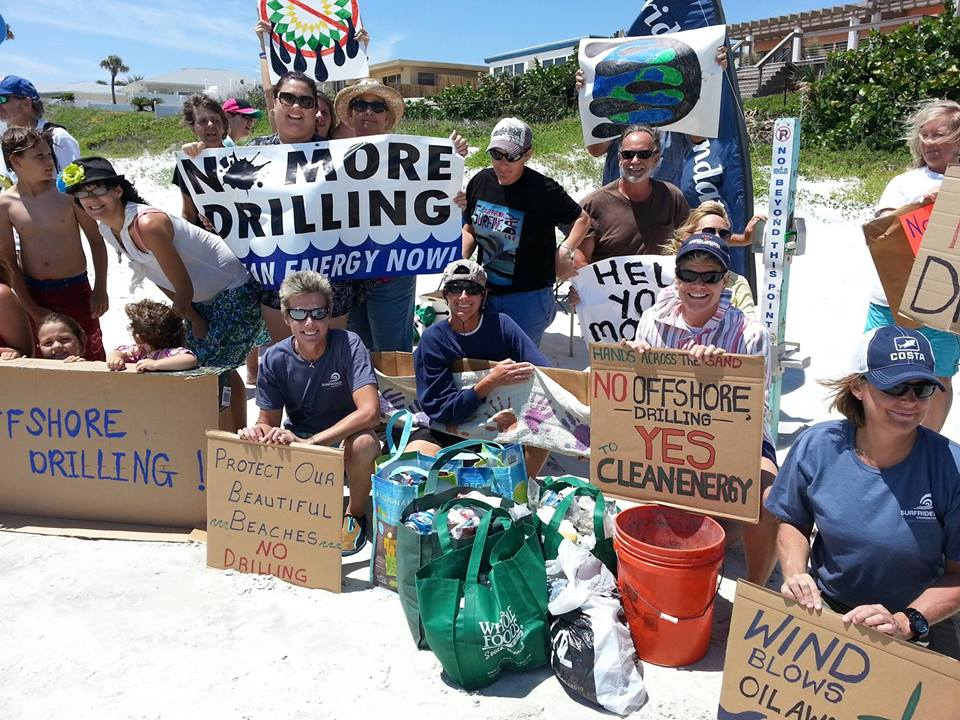 What is an Executive Memoranda?

An Executive Memoranda is a type of presidential action that is legally binding on the executive branch. Effectively, they tell an agency or other part of the executive branch how to interpret and enforce a law. Presidential memoranda are slightly different than executive orders because they are unnumbered and are not published in the Federal Register.

Can it be undone?

How does this memorandum protect the Pacific and Arctic?

It doesn’t. This memorandum applies only to the areas listed.

If President Trump wants to ensure these areas are truly protected, he should work with Congress to immediately adopt long-term protections for the entire U.S. coastline. After all, as the Deepwater Horizon disaster reminded us, oil spills don’t recognize state borders.

How can I help?