The health and well-being of coastal communities on both sides of the U.S.-Mexico border and the millions of people who enjoy this stretch of coastline have long been under threat from the flow of untreated sewage, industrial pollution and trash into the Tijuana River Watershed and the Pacific Ocean.  At the root of this problem, is a manufacturing boom and exponential population growth in Mexico encouraged by industry-friendly and environmentally-lax policies set by the North American Free Trade Agreement (NAFTA) in the mid-1990s.  Since then, Tijuana’s sewage infrastructure has not been able to cope with the needs of their expanding population.  Unsafe water quality conditions at the beach have become far too common, with the most southernly beaches in San Diego experiencing over 200 days of closures most years.

In 2017, a massive sewage spill dumped 143 million gallons of raw sewage into the Pacific Ocean, near surfing and recreational areas in San Diego.  While this spill was devastating, it also acted as a rallying call for the Surfrider Foundation San Diego Chapter and other affected stakeholders - elected officials, government agencies and community groups on both sides of the border - to stand up and call on all responsible authorities to stop ignoring this massive pollution problem and public health emergency and to finally take action to put solutions in place.  Thus, the San Diego Chapter’s efforts to combat the border pollution problem were re-energized and focused into the Clean Border Water Now campaign. 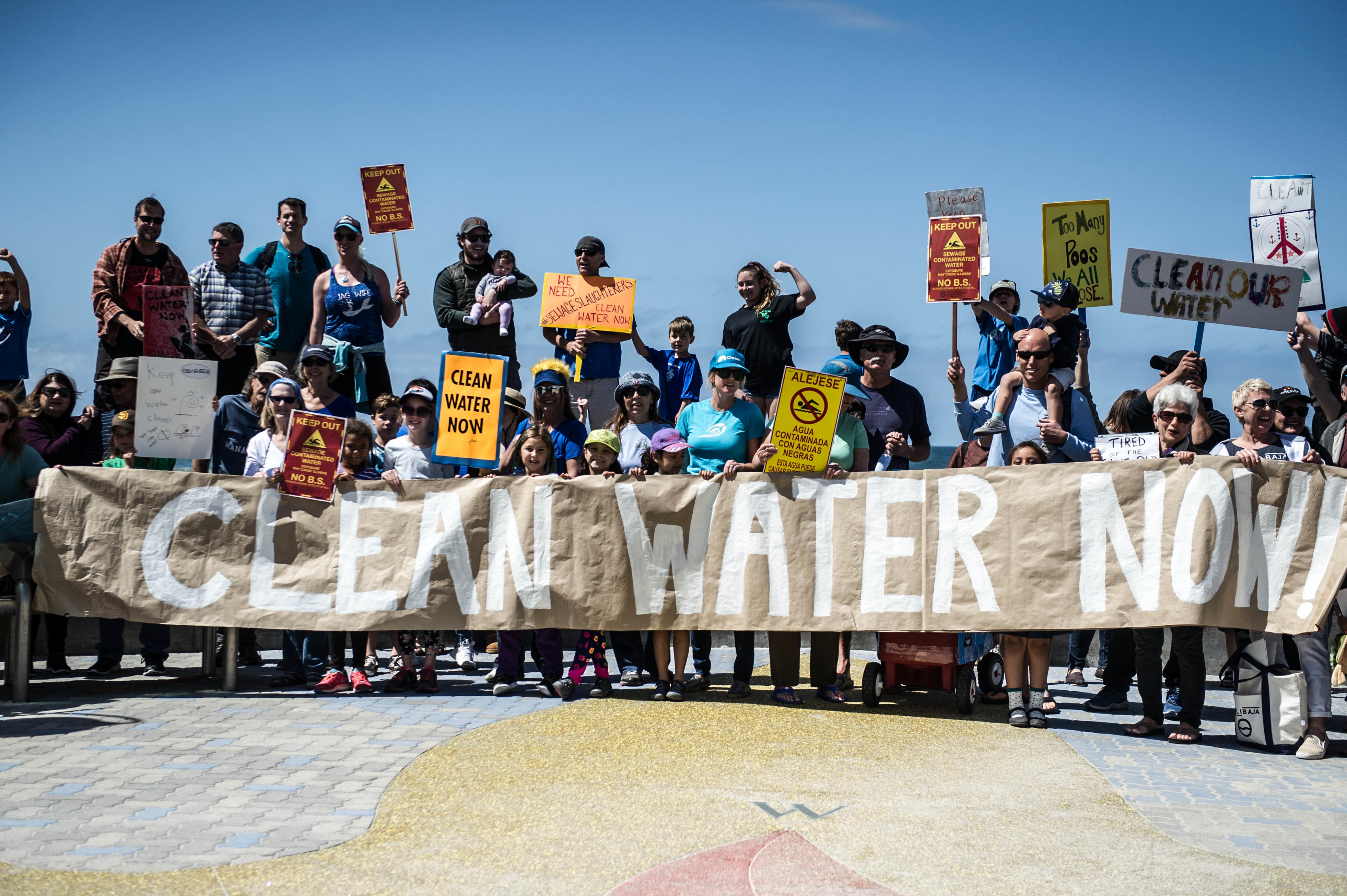 Fast forward five years, and the community awareness of the public health risk and environmental devastation is finally matched with support by affected stakeholders, public officials, and relevant agencies on both sides of the border to move forward with solutions.  Both the positive resolution of a recent Clean Water Act lawsuit with the U.S. International Boundary and Water Commission and a public process led by the U. S. Environmental Protection Agency to evaluate alternative solutions for wastewater infrastructure improvements at the U. S.-Mexico Border have resulted in the development of a suite of comprehensive water infrastructure solutions that can address 76% of transboundary sewage flows and lead to a 95% reduction in summer beach closures. In order to be fully implemented these solutions will cost over $600 million and require up to $50 per year in operations and maintenance costs.

While this price tag is hefty, the U. S. government has already appropriated $330 million towards paying for these infrastructure solutions through the United States Mexico Canada Agreement Implementation Act (USMCA) and the Border Water Infrastructure Grant Program (BWIP). The Mexican Government also announced a pledge of $144 million this past month to help pay for wastewater upgrades and other improvement projects along the U.S. border.  The California State Legislature also just passed AB 2248, which would contribute $100 million from the State’s General Fund towards water quality projects related to rivers at the U.S-Mexico border, with $50 million specifically for projects for the Tijuana River.  AB 2248 now sits waiting the Governor’s signature, and Surfrider members in California and across the country urge the Governor to sign the bill and join the U. S. and Mexican federal governments in investing in Clean Border Water Now.

Meanwhile, the Surfrider Foundation will continue to advocate for the remaining funding needed to provide relief for coastal communities and economies on both sides of the border and to restore a healthy environment and lifestyle for all people.

Learn more about the impacts that pollution has had on the Tijuana River Valley and border region from those directly affected in this video below that was made back in 2019 to help focus community and political attention on putting solutions in place.