Marine Sanctuaries: The Secret Report the White House Doesn’t Want You to Read

Secretary of Commerce Wilbur Ross submits his report on National Marine Sanctuaries to President Donald Trump, but fails to share its recommendations with the public.

It’s a simple choice, really. Do we want our National Marine Sanctuaries to be used for recreation, education, fishing, and ecological protection? Or do we want to hand these ocean gems over the oil and gas industry so they can expand offshore drilling off our coasts?

For the past six months, the federal administration has been studying this very question. Following the Trump administration's Executive Order: The America First Energy Strategy, the Department of Commerce began a review of five National Marine Sanctuaries (including all four off California’s coast) and six Marine Monuments to determine if these sites might be exploited for energy development. As part of the process, they invited the public to share their thoughts on the matter. The input received was unequivocal: don’t mess with our Sanctuaries!

According to an analysis by the Marine Conservation Institute, roughly 99% of public comments collected at regulations.gov expressed support for maintaining Marine Sanctuaries and Monuments as they currently exist. In all, nearly 100,000 citizens spoke out on the issue, demonstrating broad and diverse support for sanctuaries including Channel Islands, Monterey Bay, Cordell Bank, and the Greater Farallones (photos: NOAA). Moreover, seven coastal counties in California, from Ventura to Humboldt, passed resolutions affirming local government support for Sanctuaries.

This brings us to the secret report. On October 25, Secretary of Commerce Wilbur Ross submitted his recommendations to President Trump on National Marine Sanctuaries and Monuments based on the agency’s review of the issue. The only problem? No one from the public is allowed to read it. Yes, that’s right. Despite a review process ostensibly based on public input, the administration’s plans for our National Marine Sanctuaries are being kept a secret. 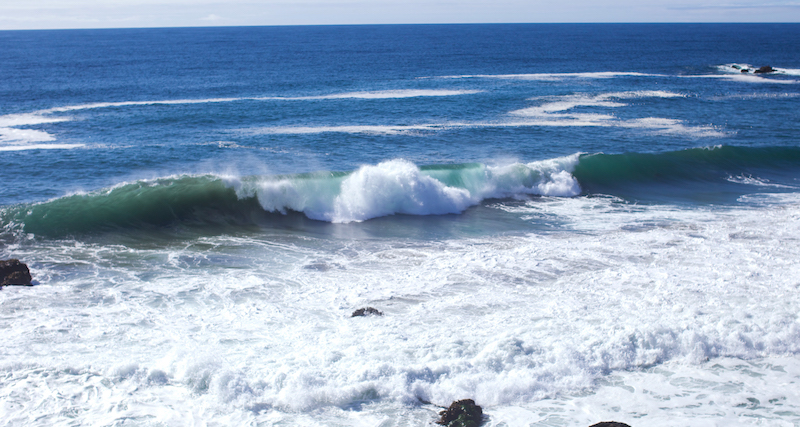 One might assume that no action will be taken against Marine Sanctuaries, based on the overwhelming public support expressed. Yet, given the recent news that protections for National Monuments will be scaled back by the administration, following similar (and equally overwhelming) public sentiment expressed, it’s clear that the risk is very real. Add the fact that the report is being kept under wraps, and the urgency of the matter becomes even more clear.

That’s why people who value Marine Sanctuaries and Monuments need to speak out and contact their members of Congress. While the administration may be intent on opening Sanctuaries and Monuments to oil and gas development, our federal representatives can fight back to protect these designations. Please pick up the phone and call your representatives today! Find your member's phone numbers here: Senate and House.

The Surfrider Foundation is proud to be part of a national coalition working to defend our country’s Marine Sanctuaries and Monuments from attacks by the current administration. We will continue to fight to protect these special places, including Marine Sanctuaries off California and the Northeast Canyons & Seamounts Marine Monument, whose designations our members worked so hard to support.

Visit our “Save our Marine Sanctuaries” Campaign Page