What the Government Shutdown Means for our Coasts and Ocean

The partial shutdown of the federal government reached its 16th day on Monday with no immediate resolution in sight. With border security politics dominating the headlines, Republican and Democrat lawmakers remained locked in a stalemate while President Trump signaled a willingness to keep the government shutdown for months or even years. The upshot is that dozens of federal agencies remain closed or operating at minimum capacity until the gridlock in D.C. is resolved.

Among the government agencies impacted are those responsible for managing our nation's coastal and ocean resources. These include the National Oceanic & Atmospheric Administration (NOAA), the Environmental Protection Agency (EPA), the National Parks Service, the U.S. Fish and Wildlife Service, and others. But what do these government closures really mean for our coasts and ocean, and the millions of people who use these resources? Here’s a list of some of the impacts:

Numerous EPA programs that protect clean water and public health are currently suspended. The shutdown is disrupting everything from wastewater permitting to enforcement actions against polluters. The result is that the Clean Water Act – the landmark law that protects our nation’s rivers, lakes, and ocean - is severely handicapped while the federal government is closed. Also affected is the BEACH grants program that monitors water quality at thousands of U.S. beaches and remains unfunded for 2019. Finally, only a single NOAA staff person is monitoring Harmful Algal Blooms (HABs) like the Red Tide and Toxic Blue-Green Algae that have devastated marine life and coastal communities in Florida. 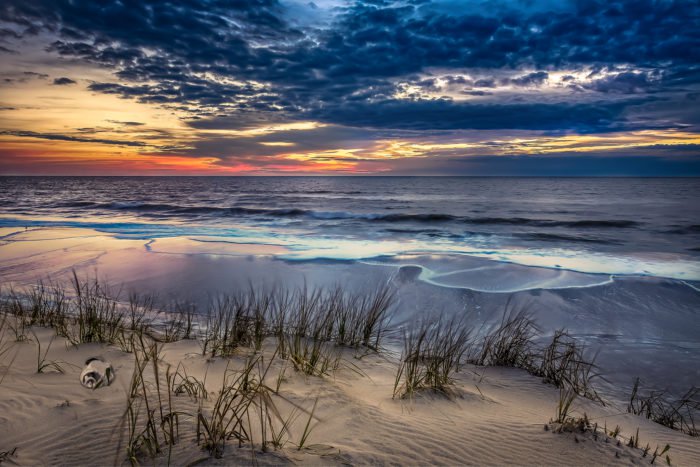 Assateague National Seashore is one of many national parks affected

At least 70 national parks have closed across the country while others are understaffed and plagued with overflowing trash and toilets. Among the coastal parks impacted by the shutdown are Point Reyes (CA), Olympic (WA), Gulf Islands Seashore (FL), Assateague Island (MD), Acadia (ME) and many others. As National Geographic recently noted, damage is likely to extend well after the shutdown is resolved. On the ocean side, NOAA’s Office of Marine Sanctuaries, which manages 14 marine protected areas encompassing more than 783,000 square miles, is closed and unable to complete its mandate of protecting our nation’s most outstanding ocean ecosystems.

States and communities depend on federal support to manage coastlines and keep these vital resources open for public use. Because of the shutdown, NOAA has suspended its national estuaries, coastal resilience, marine debris, and Sea Grant programs. These programs not only protect beaches, rocky shores and wildlife, they also help communities plan for sea level rise and extreme weather events. In addition, NOAA’s Coastal Zone Management (CZM) program, which provides grants to 34 state coastal programs, remains unfunded for 2019. Lack of federal funding would be disasterous for many state programs and coastal communities that rely on this support.

Agencies like NOAA, EPA and the National Science Foundation conduct research that’s critical to the sound management of coastal ecosystems. Many federal scientists have been forced to stop their work during the shutdown, causing delays and disruptions to ongoing research. Projects impacted range from coral reef studies in the Pacific to fisheries surveys in the Gulf of Mexico to sea ice monitoring in the Arctic. The shutdown has also suspended important climate change research programs. In response, the American Association for the Advancement of Science has issued a statement urging for a swift resolution to the federal budget.

It’s notable (but not surprising) that impacts to the coast and ocean have received scant attention during the media’s breathless coverage of the government shutdown. That’s why Surfrider is working to elevate the voice of people who love the coast through our United States & Oceans of America campaign, cleanup and federal advocacy efforts.

This winter, Surfrider and our partners will travel to Washington D.C. for Coastal Recreation Hill Day to meet with congressional offices and federal agencies in support of coastal and ocean conservation. You can make your voice heard by contacting your representatives. Find your member's phone numbers here: House and Senate and urge them to support laws and funding to protect our coasts and ocean! You can also send an email direct to their inbox.